Tuesday was a perfect day for taking pictures of waterfalls - cloudy and a little bit rainy. I had a plan to drive up into the Ozarks to hit a few waterfalls up around the Buffalo River. The only problem is that the Ozark National Forest is still cleaning up from the big ice storm a few weeks ago, and a lot of places up there are still closed. Before making the long drive up to the hills, I stopped at the forest ranger's office in Clarksville to see if the trail was open. Nope, they said, the trail was closed and the waterfall was inaccessible. The only spot in the National Forest that is open was Haw Creek Falls, which didn't see much damage from the storm. I briefly thought about driving up to the trail anyways, but instead just made the short drive over to Haw Creek Falls. It is a neat place, but one that I've been to a gazillion times already.

Driving along the curvy road towards Haw Creek Falls, I spotted several small waterfalls that flowed down the hills along the road. This was good news, it meant that there would at least be a lot of water in the waterfall. Now Haw Creek Falls isn't the tallest waterfall around, but it is a scenic little spot. 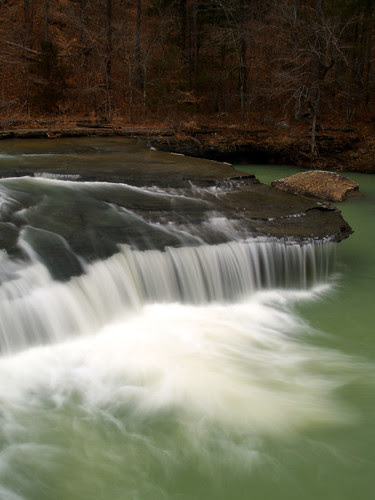 Plus it is amazingly easy to reach, you can pretty much see it from the road through the campground there. My problem with the falls is that I've been there so many times in the past and it's hard to find a new angle to get of them. 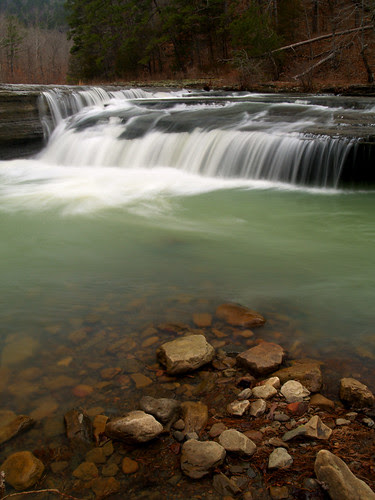 And one more shot from Haw Creek Falls: 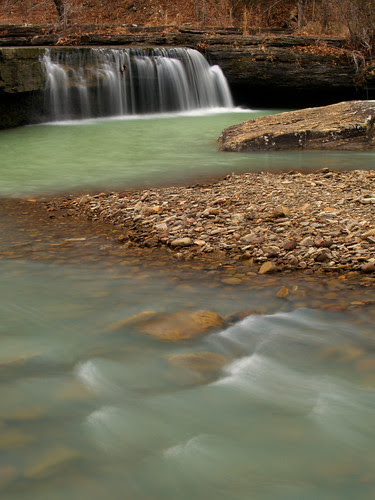