One of my favorite times to take pictures is on foggy nights. The mist and fog helps to add a unique atmosphere to the night sky, and changes how places look. So last week there was a little bit of fog in the air, so I headed out after getting the kids to bed. 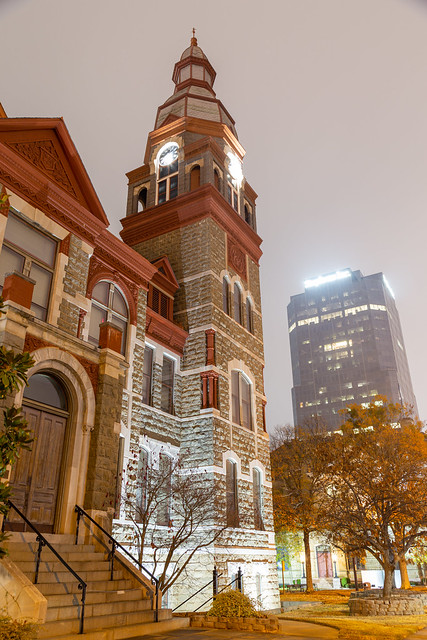 Nearby is the Robinson Center, which was built in 1939. Two nutcrackers were on guard on the front, I'm guessing because The Nutcracker play was going to be performed there? 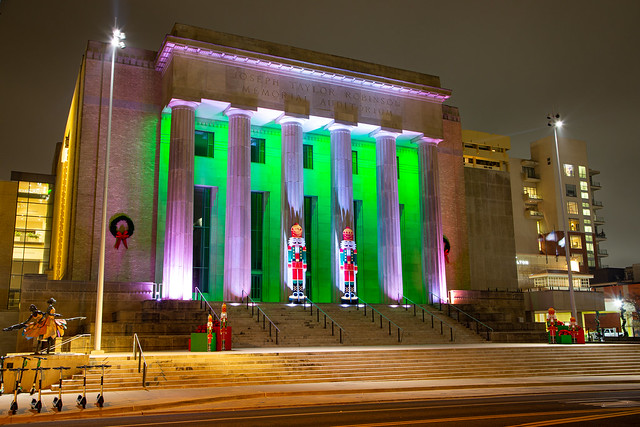 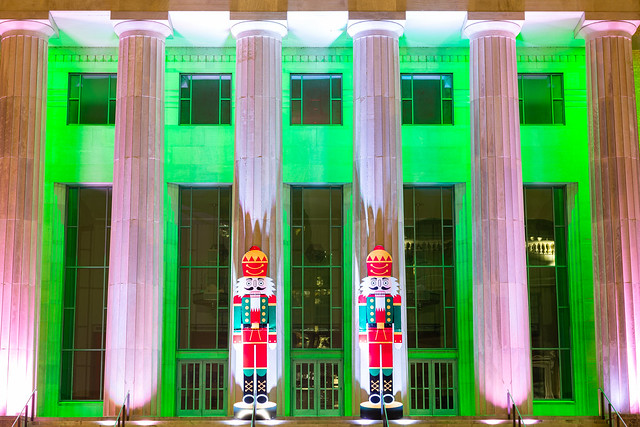 I got back in the car and started driving around looking for something interesting to get a picture of. I had to get gas, and ended up stopping at a gas station along Broadway. From there I spotted an old neon sign for a glass repair company (which is still in business). I went over and tried to get a shot of it, which was a little awkward because this was along a busy street and there was lots of traffic driving by. 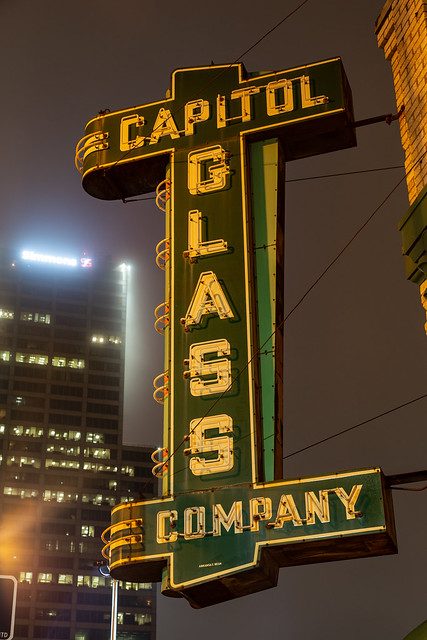 In an empty parking lot a few blocks away I set up the tripod and got this view of the First United Methodist Church steeple and the fog-shrouded top of the Simmons Tower. The church was built in 1900, while the 40-story tower was added later in 1986. 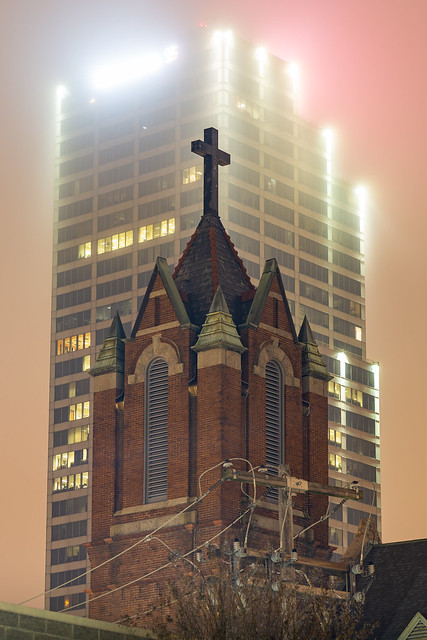 I made one more stop at the Junction Bridge, which provided this foggy view of the skyline. 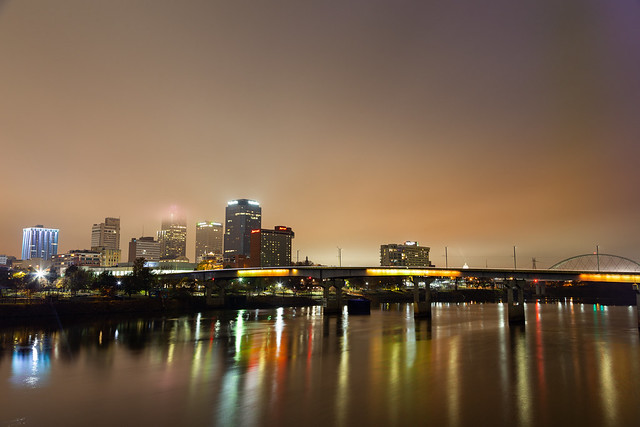 Posted by Cormackphotos at 11:11 PM