In western Johnson County sits the small town of Hartman, which dates back to the late 1800s. The town was named after a railroad conducter who promised to build a rail depot there in exchange for the town being named after him (and not, as I had hoped, named after Phil Hartman from Saturday Night Live or former FC Dallas goalkeeper Kevin Hartman). And just north of town is the old Sacred Heart Catholic Church. 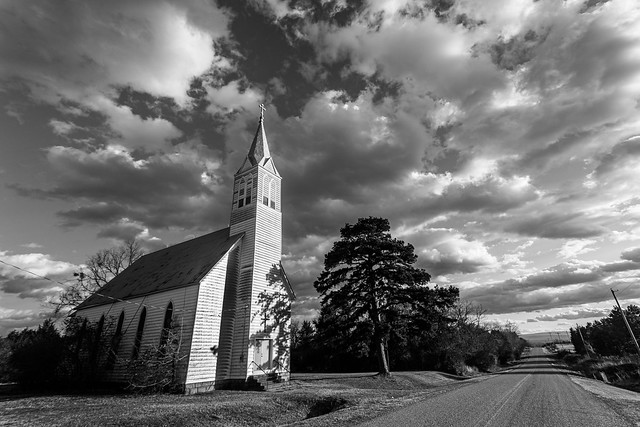 Unfortunately I wasn't able to find much information about the church. There was a church here built in 1880, but I'm not sure if this is a newer replacement. It does look fairly old, and doesn't seem to be used all that much anymore. 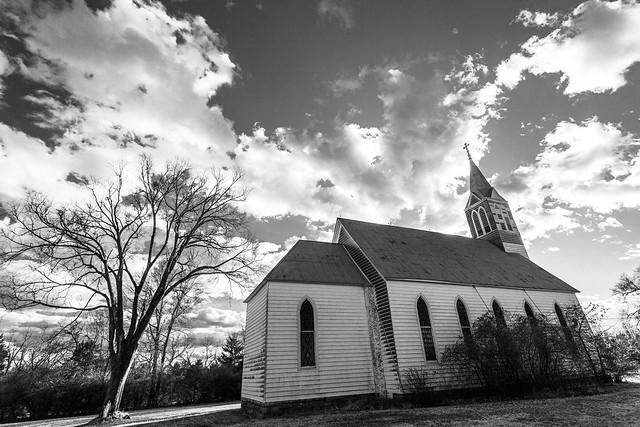 Posted by Cormackphotos at 10:18 PM