As a proud native of North Little Rock, I was pleased to head back to my Dogtown roots and check out a few places in my hometown that were showing off some good fall colors a few weeks back. My first stop was The Old Mill, which I know is a popular spot but it's one of my favorite places to drop in for pictures. My grandparents used to live just a few blocks away, so I have made many visits to this landmark over the years. On this visit, it was surprisingly empty of people (probably because it was pouring rain). In fact there were more ducks here than people, and they didn't seem to mind me trying to take a few pictures. 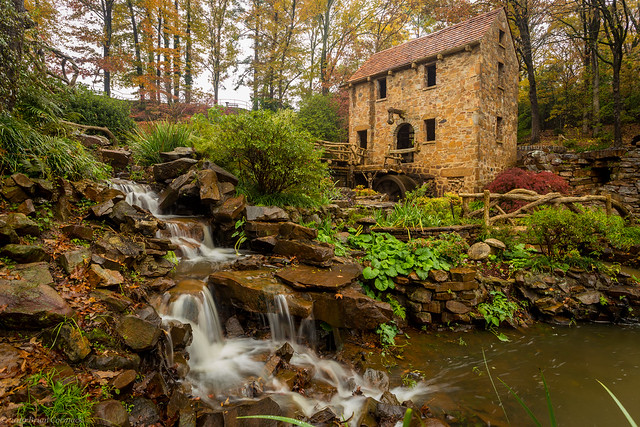 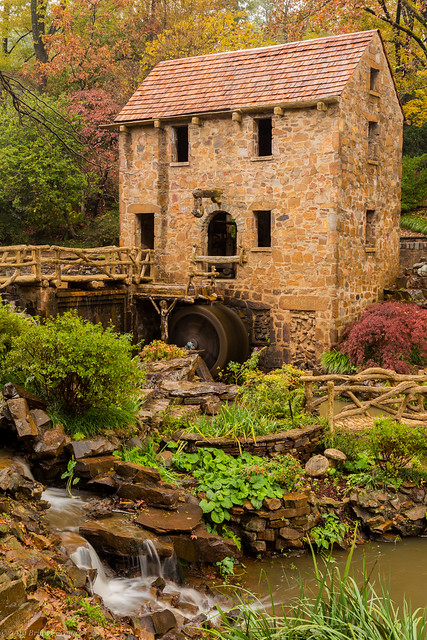 From there I headed over to Burns Park, where I stopped to get a few pictures in the rain. This path actually lead to a small cemetery. 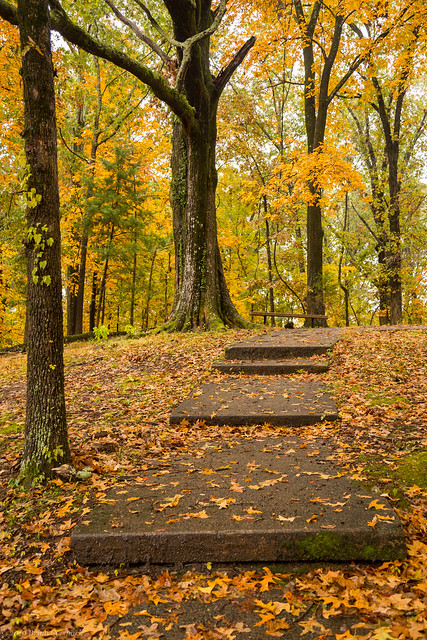 The person buried in the small cemetery actually lived in the small cabin the sits nearby, which was built before the Civil War. I think this humble little cabin is actually the oldest building in all of the North Little Rock. 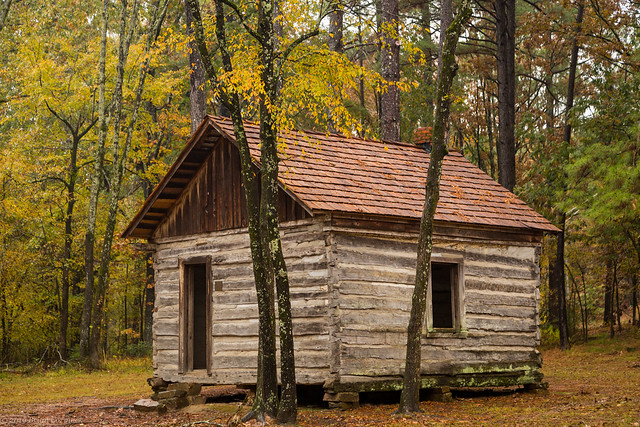 I drove a bit down the road and stopped to get this shot. Luckily there wasn't much traffic that day. 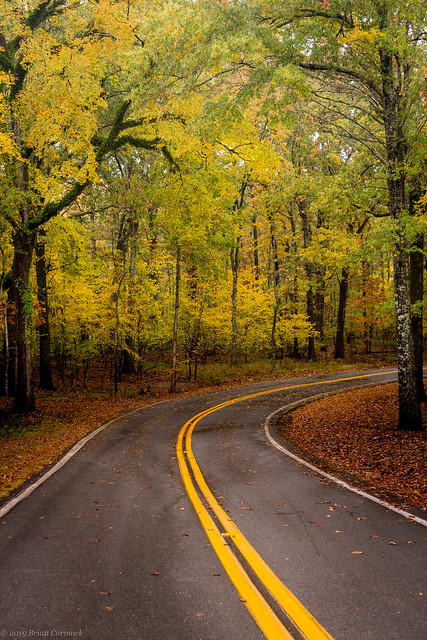 I headed over to the covered bridge, where a strong wind had picked up and created a sort of "leaf-fall," where the trees shedded their leaves in mass and sent them falling down in a sort of cascade. You can kind of see it in this shot, where the leaves created a few brownish-orange streaks against the red of the bridge. 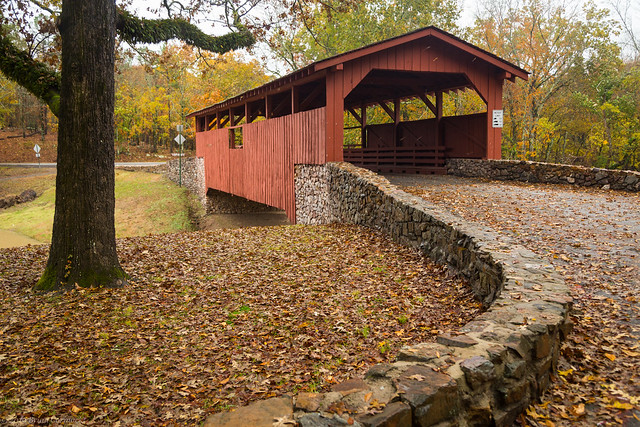 And one last shot from Burns Park, from inside the covered bridge showing off the fall colors that were there before the wind knocked them all of the trees.... 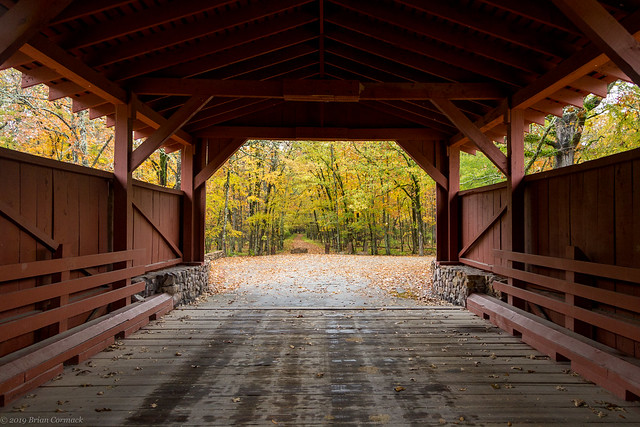 Posted by Cormackphotos at 9:56 PM