Last week we took a vacation down to the Gulf of Mexico, staying a few days in New Orleans and then a few days in Pensacola Beach. Since we were traveling with a 20 month old toddler, we thought it would be wiser to break up the drive into segments in order to limit the amount of time he would be stuck in a car seat. So the first day we drove south, passing into Louisiana and then stopping for the night in Natchez, Mississippi. Early the next morning I woke up before sunrise and snuck out to get a few pictures in the deep woods outside of Natchez. After driving down the Natchez Trace for a bit, and then some bumpy and extremely dusty dirt roads, I ended up at the first stop – the town of Rodney, Mississippi.

Rodney was founded way back in 1812, and very nearly became the capitol of Mississippi (the city lost out on only three votes). The town was situated along the Mississippi River, and was a bustling town during the 1800s. But while a few people still live in the area, Rodney is nothing more than a ghost town now. Only a few old buildings remain, barely offering a glimpse of the town’s past life.

One of the most prominent buildings that still stands in Rodney is the Presbyterian Church, which was constructed in 1832. In 1864, the church was the setting of a small Civil War skirmish. Union troops from a gunship that was stationed in Rodney attended a church service here, which was rudely interrupted by Confederate troops who took them hostage. The gunship (which was sitting in the Mississippi River) then proceeded to shell the church. A cannonball sits in the facade in the church, which isn't from that time but it was placed in a spot later on that received damage from the battle. 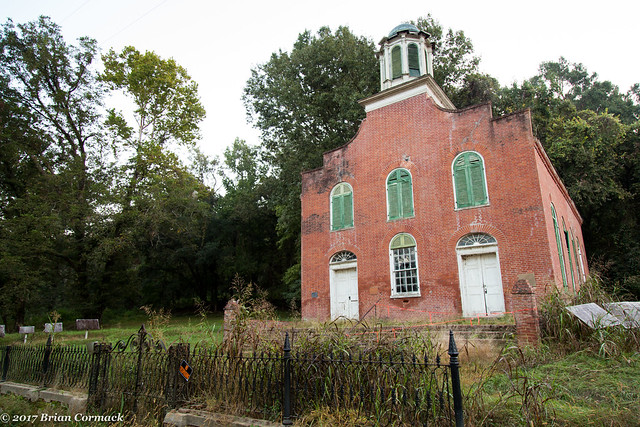 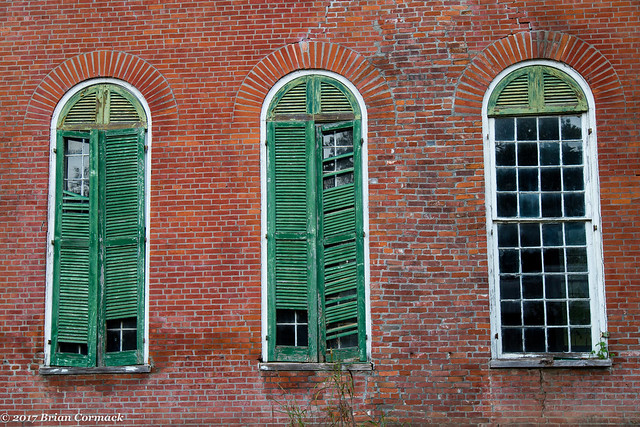 And the interior of the church, which was in remarkably good condition. Clearly people still look after and take care of the church, even if it hasn't had any services here for decades. 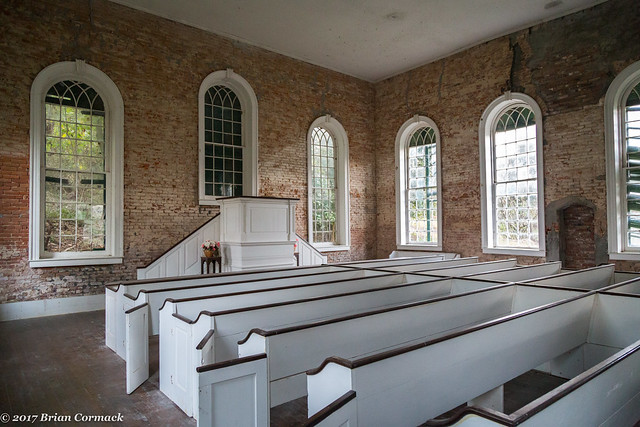 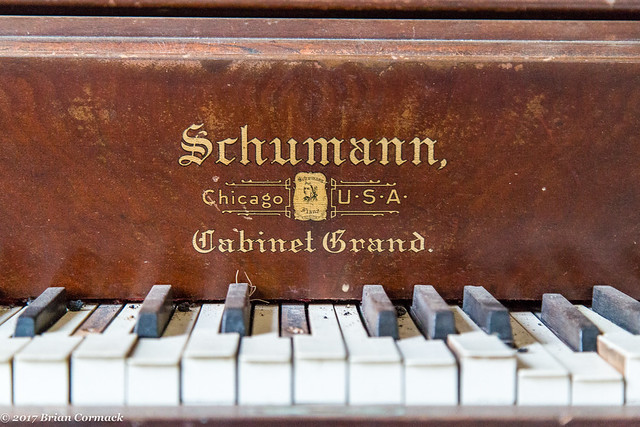 Besides the Civil War, there were several other calamities that struck Rodney. There were two yellow fever outbreaks, followed by two destructive fires that burned most of the town. But in 1870, a sandbar formed in the Mississippi River which caused it to divert two miles to the west. The port town lost its river access, and then a few years later the town was bypassed by the railroad. Most of the population left, leaving behind the scattered old buildings that sit like forgotten tombs.

Just down the road is another old church, the Rodney Baptist Church which was built in 1850. But as I got closer I was a little annoyed to see that someone had parked their car right in the front of the church building. I tried to take a few pictures, but the car was right in the way and I'm not that skilled in Photoshop where I could remove it without it looking really bad. I looked around and there wasn't anyone else in sight, but maybe whoever parked there was inside the church looking around? I walked into the church and said "hello" a few times, just in case there was someone there. But then I jumped a little when someone responded back with their own "hello!"

The voice belonged to someone who was inside a tent that was set up in the sanctuary of the church. It was still pretty early and I apologized for waking him up. And I wouldn't normally do this, but I then asked if they wouldn't mind moving their car. I had driven several hours from out of state, and I hated that all the shots would be ruined by the car there. Luckily they didn't seem to mind, and they moved the car out of the way. They explained that they were in from Texas and had wanted to camp out in a ghost town on Friday the 13th. I felt a little bad for waking them up, but they seemed cool with moving the car for a few minutes. Also they said they were glad that I wasn't a crazy person who approached them while they were sleeping and tried to kill them. Good thing Rodney is a little bit safer than Camp Crystal Lake.

I hurried and got a few shots of the church, which has stood for over 150 years. The church was heavily damaged by floods a few years back, but hopefully it will keep standing for many more years. 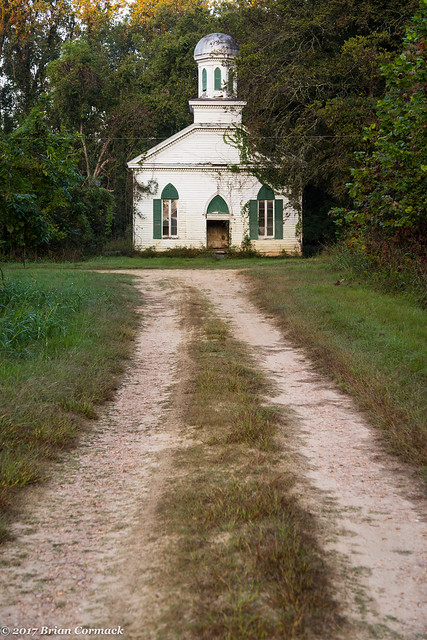 I got a few more pictures before driving back on the bumpy dirt roads towards another old relic of the past. More on that soon! 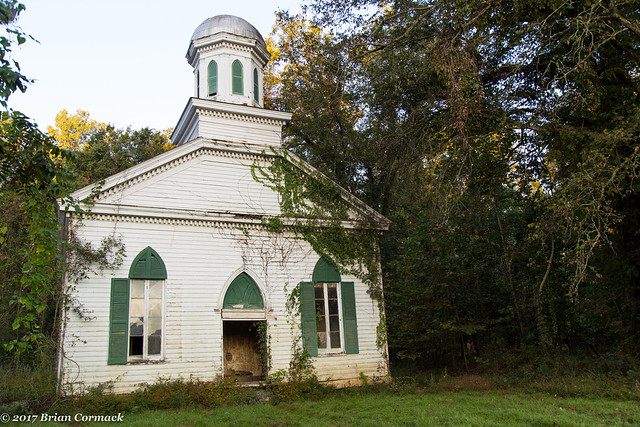 Posted by Cormackphotos at 10:43 PM