I made another drive out into the Delta one night after work last week, finally heading east after escaping the rush hour traffic in Little Rock. Right after crossing into Lonoke County, I saw this old building and pulled over for a few shots. The roof had partially caved in, but on the inside you can still see an old rusty stove. 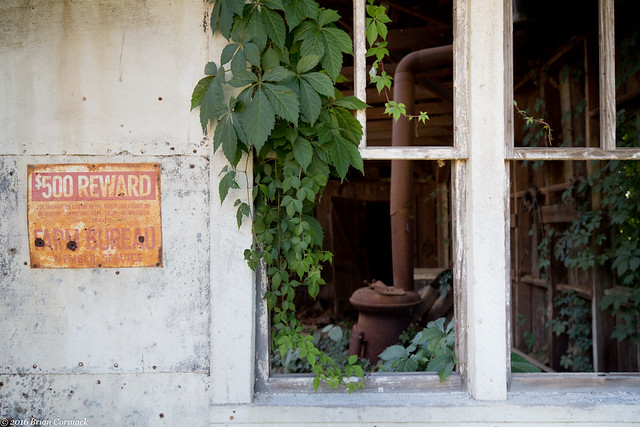 When I got near Clarendon I took a small detour and headed down a very dusty dirt road. It was getting fairly close to sunset and the light cut through the dust kicked up from the car. 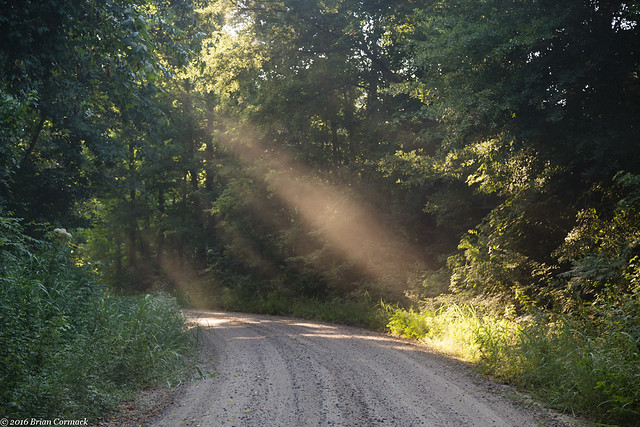 This old country church was tucked away on the dirt road. According to the sign, it’s still open and holding services. 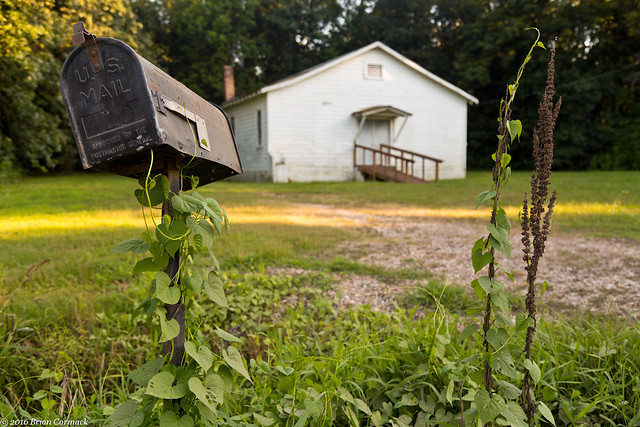 Just north of Clarendon is the Shady Grove Cemetery, a sprawling old cemetery that has been in use since the 1840s. 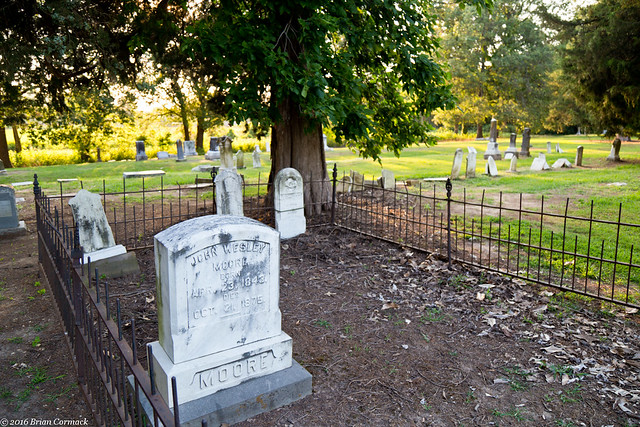 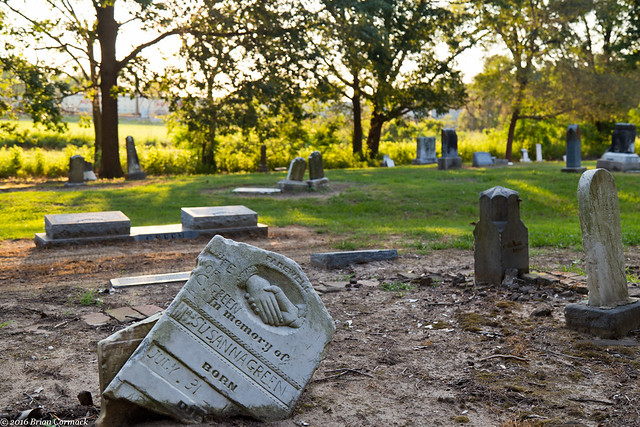 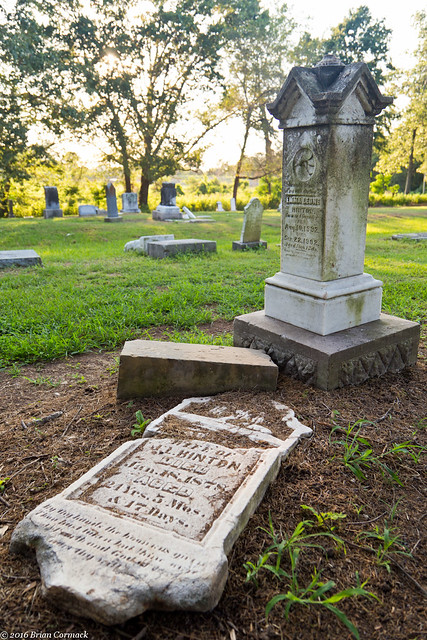 It was quiet and somber, and a little eerie. The only noise out there came from a train passing by on tracks located right behind the cemetery. 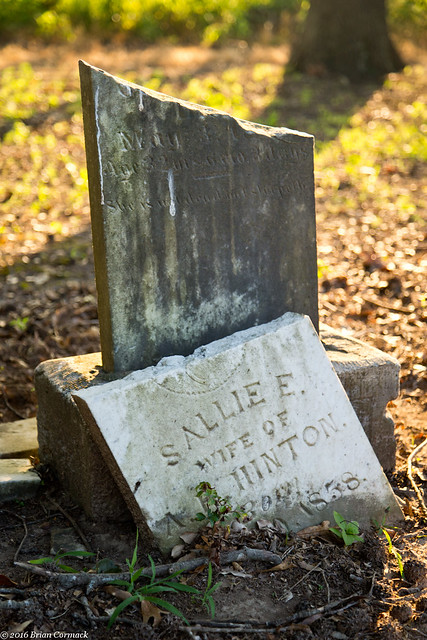 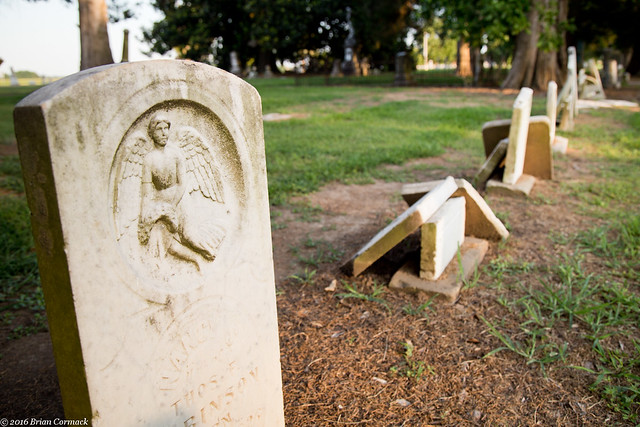 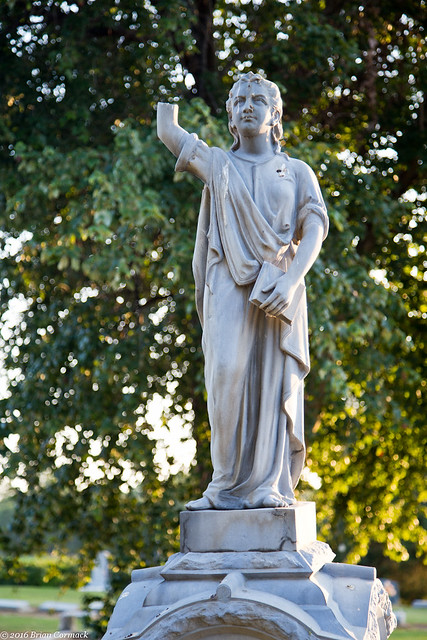 I drove into Clarendon, which is the county seat of Monroe County and home to about 2,000 people. It’s an old town, people began living here as early as 1820. The town sat at the intersection of the White River and the old Military Road, the first road to cut through the swamps of east Arkansas and connected Memphis and Little Rock.

During the Civil War, gunboats patrolled the White River and there were several skirmishes around Clarendon. In 1864, Confederate troops attacked and sunk a Union gunboat, the USS Queen City, while it was moored in Clarendon. In retaliation, Union troops set fire to a few buildings in Clarendon that had provided shelter to the Confederates, which spread and nearly burned the entire town.

Just a few blocks from the courthouse is the old Cumberland Presbyterian Church. It was built in 1869, and it was one of the first churches to be rebuilt after the town was burned. In 1968, the building was spared from demolition and was donated to the Boy Scouts. 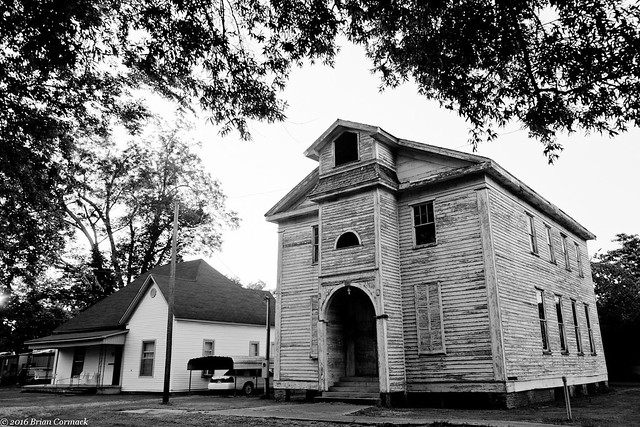 The downtown core of buildings in Clarendon reflects the economic struggles that have hit the Delta in the past few decades. Many are closed and empty, with fading paint and crumbling bricks. 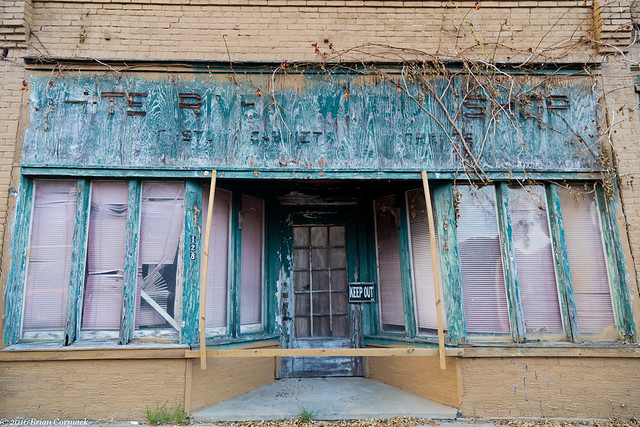 Plants have taken up residence in this building, which was right across the street from the courthouse. This was the view of one of the windows. 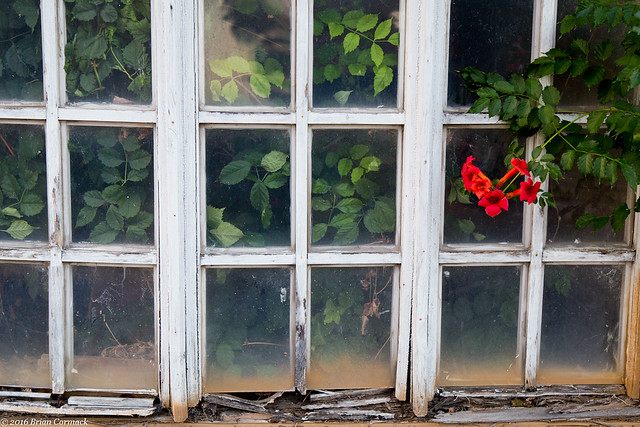 There are two old bridges crossing the White River in Clarendon. Trains still cross over on the old railroad bridge, which was built in 1935. A train was about to cross the bridge when this shot was taken, the light from the locomotive was shining on the metal trusses. 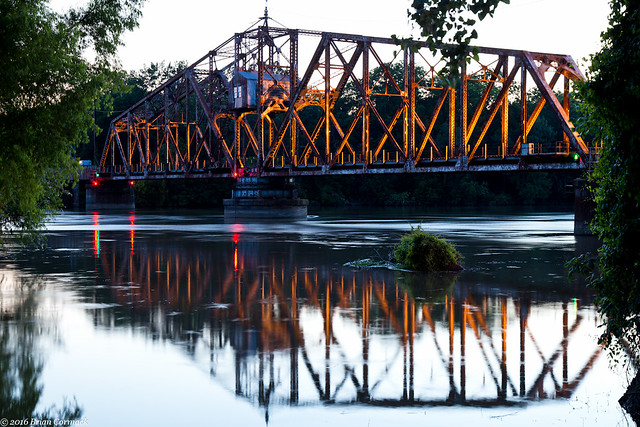 The other old bridge crossing the White is the Hwy. 79 bridge, which was built in 1931. It is an impressive old bridge, which narrowly curves and rises up above the wetlands and swamps east of Clarendon and then crosses the river. You can still drive across it, but not for long. A new bridge is being built downstream to replace the old historic bridge. Plans were in place to demolish the old bridge once the new one is finished being built, which should be in a few months. 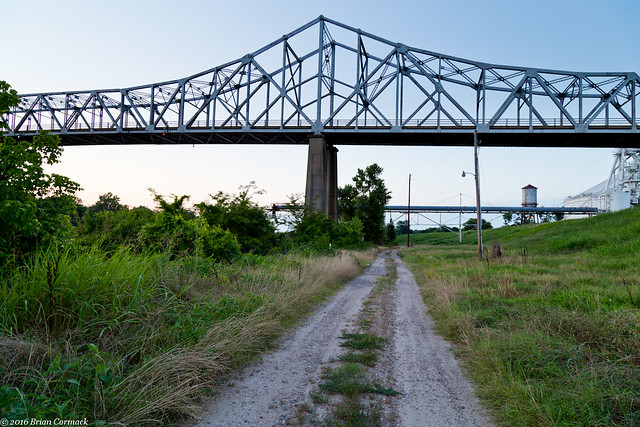 An effort is underway to preserve the bridge, with a proposal to convert it into a pedestrian bridge. The hitch is that the bridge crosses into the Cache River National Wildlife Refuge, and the federal government is requesting that the approaches to the old bridge be demolished and the land returned to its natural state. Supporters of the bridge have a lawsuit pending, and until that is resolved the state is delaying any demolition. Hopefully something can be worked out so that it can be preserved, it’s a beautiful old bridge and it would be a shame to lose it. 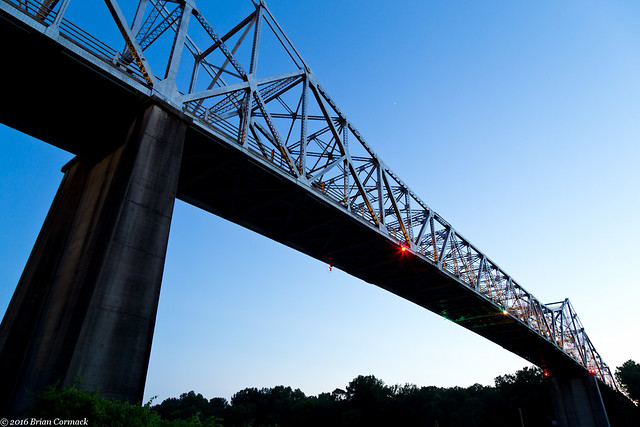 I headed back into Clarendon and went by the courthouse as it was starting to get dark. I tried to get a few shots of the courthouse, and the string of abandoned shops across the street. 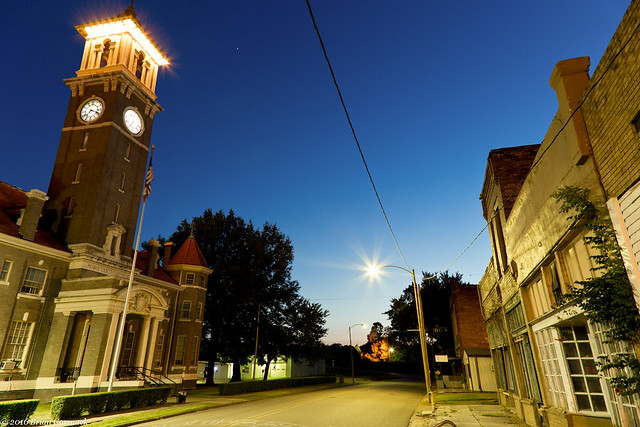 The courthouse is a grand old building, constructed in 1911. I tried dodging the mosquitoes to get a few shots of it before heading back to the car and driving home. 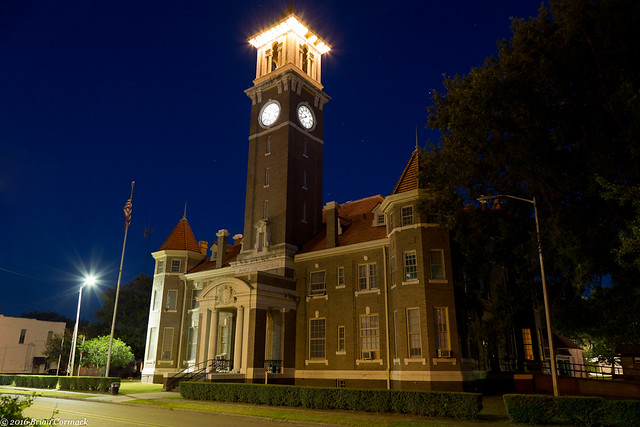 Posted by Cormackphotos at 10:15 PM