Return To The Delta

I’m still working on a little photo project that has been focusing on the Arkansas Delta, and I’m hurrying to try to squeeze in as many trips there as I can before the unbearable heat of the summer settles in.  I headed out one night after work, driving towards the flat fields of the Delta as soon as I could escape the rush hour traffic in Little Rock.

Eventually I drove into Stuttgart. This is a decently-sized small town (population about 10,000), but from the distance it looks like a much larger city. The numerous grain elevators and other various rice processing buildings stand out here like skyscrapers. 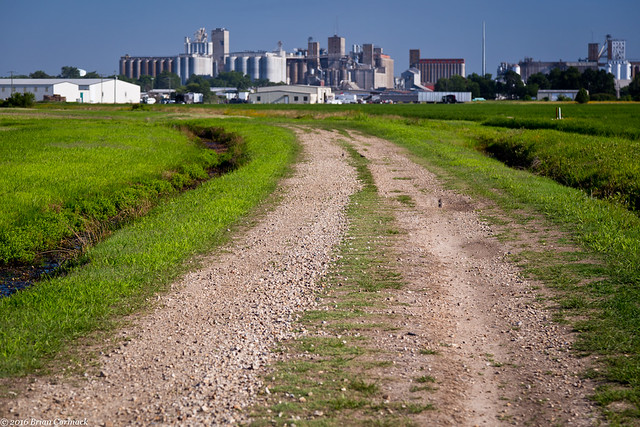 From there I headed north towards Hazen, and stopped at an old cemetery along the way. The small cemetery is surrounded by fields, with crops growing right at the edge of the property line. Just off to the side are some large metal silos that shined in the bright sunshine. 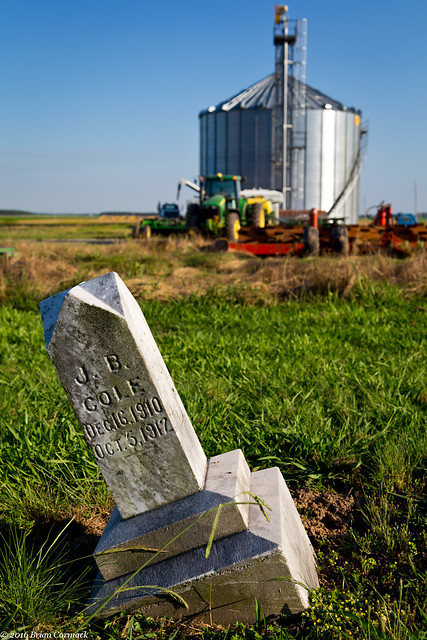 I couldn’t find any information about this cemetery online, so I don’t know how old it is. Most of the dates on the markers are from the early 20th century. The cemetery is probably one of the few remaining landmarks in what was probably a small community, which over the past century has faded and nearly disappeared like so many small Delta towns. 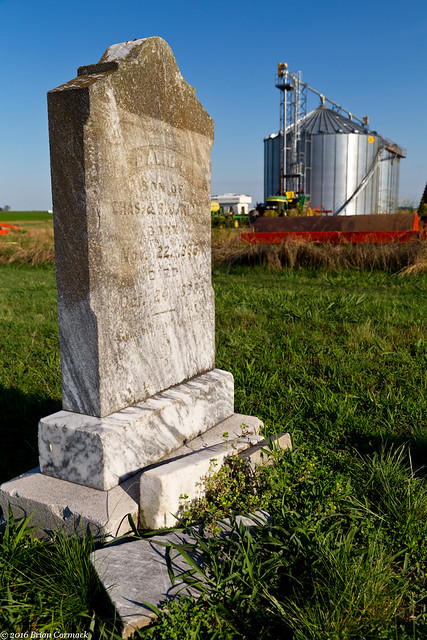 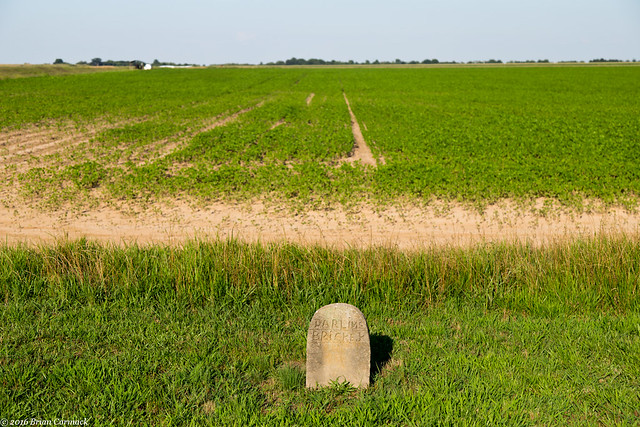 I headed north and went into the small town of Hazen, and stopped at this old grocery store. It's been closed for awhile, and there were a few weeds growing in the cracks of the parking lot asphalt. 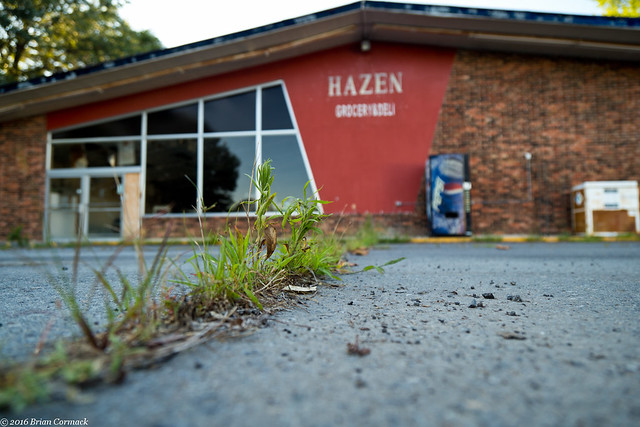 Towering over the trees in Hazen was an old rice dryer (at least that's what I think it was). It looks like it hasn't been used for awhile now, but the area around it has been taken over for some baseball fields. Sitting in the shadow of the old dryer is this field which must be for little league games. This was taken while standing behind third base. 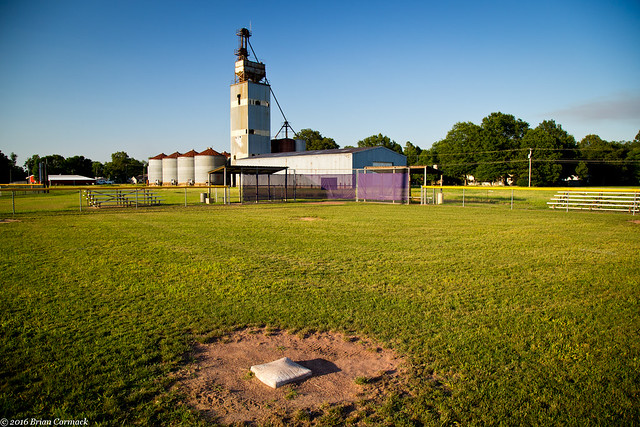 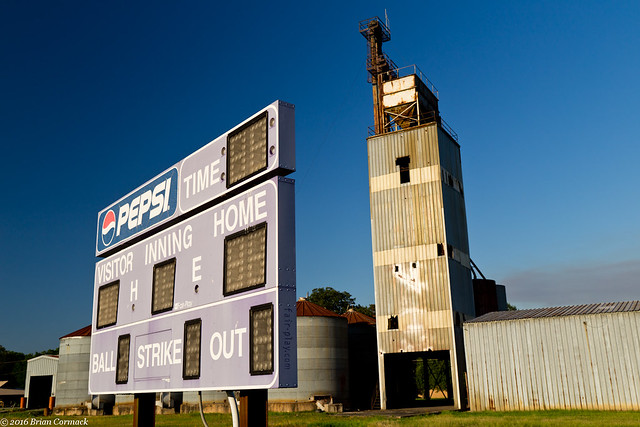 Down the road, in the middle of downtown Hazen (by a neat old train station), was this old building. The windows are boarded up and it looks like it's been abandoned for quite a few years. 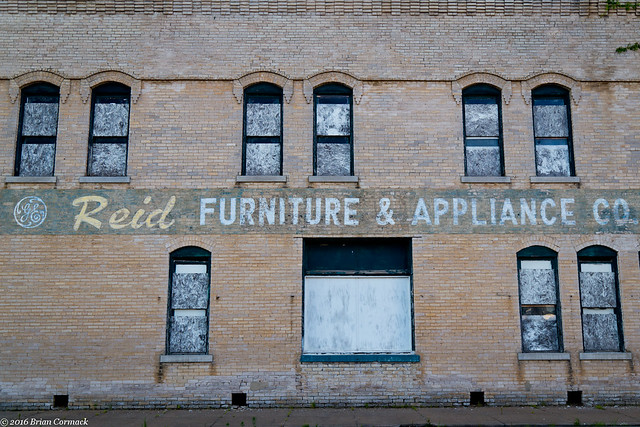 I headed east along Hwy. 70, and decided to make a pitstop at one of my favorite places to take pictures in Arkansas. Sitting at the end of a dusty dirt road in the Dagmar Wildlife Management Area is Hickson Lake, which is surrounded by a thick forest of cypress and tupelo trees. The water was high and the lake was a little flooded, but it was still a great place to stop and take pictures. 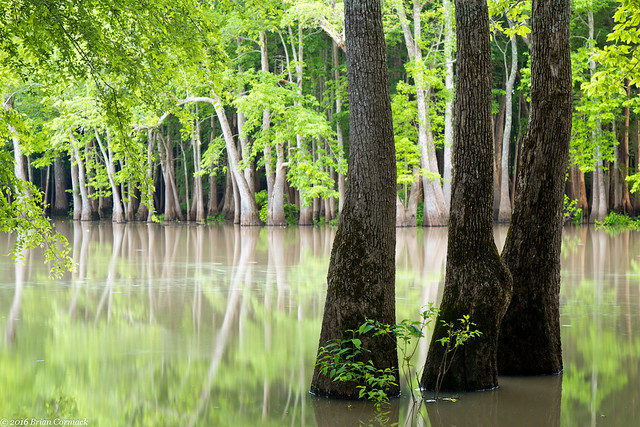 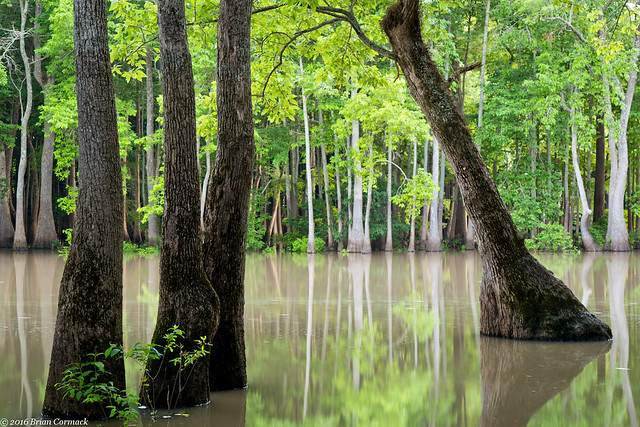 It was starting to get dark as I drove further east into Brinkley. With a population of about 2,200, Brinkley is the most populated town in Monroe County. It was founded in 1872 and first housed workers helping to build the railroad between Little Rock and Memphis. Brinkley was first known as Lick Skillet, because "when the day’s work was completed, the railroad construction crew, mostly all immigrants from neighboring towns, cooked their supper over an open fire and returned to their homes when the last skillet was licked." 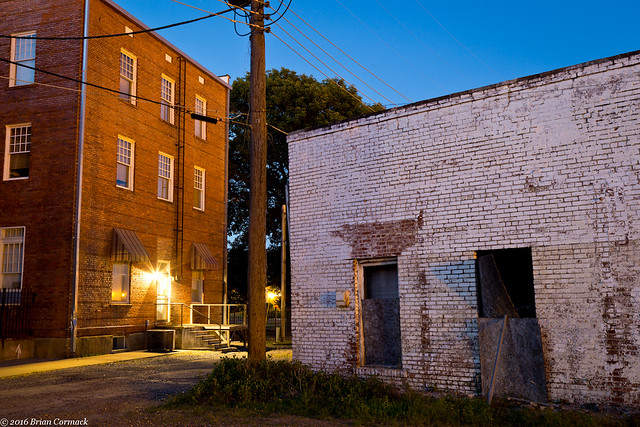 Trains still rumble through Brinkley, there was one thundering down the nearby tracks as I took pictures of this old store. It appears to have been closed long ago, but the broken glass in the windows did reflect the blue twilight of the sky. 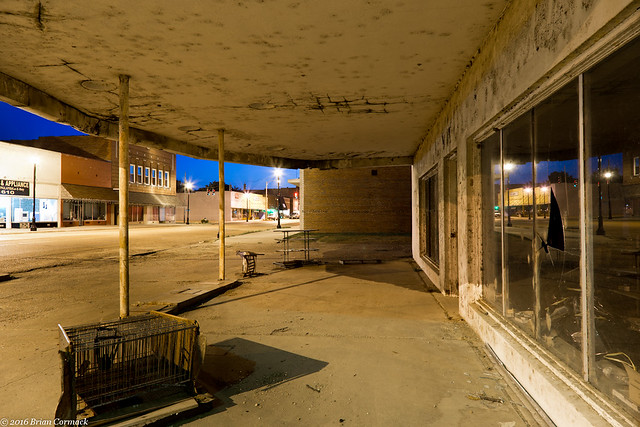 I drove around for awhile trying to find a good place to take pictures of this spot, which has to be the tallest building in Brinkley and in the county. On the tower, the words "RICE OATS SOYBEANS" are painted in huge letters. I got one last shot from here before driving back home, and was amazed at how many stars you could see in the sky. 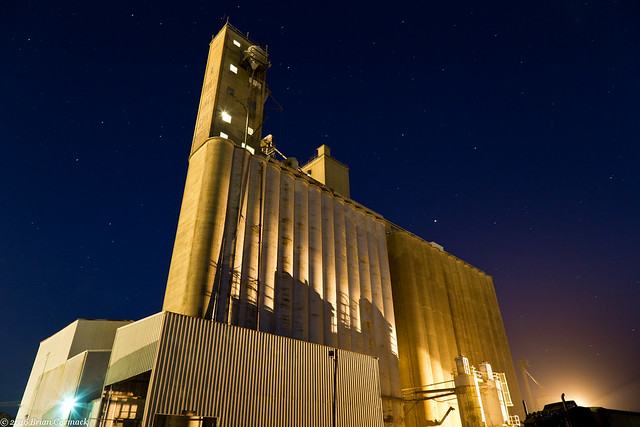 Posted by Cormackphotos at 10:20 PM