The next day we headed back into Yosemite, but didn't make the drive into the valley.  Instead we headed up the road to Glacier Point, which had just re-opened after some snow a few days before.  The road closes in the winter since it climbs to the top of the mountains overlooking the valley. 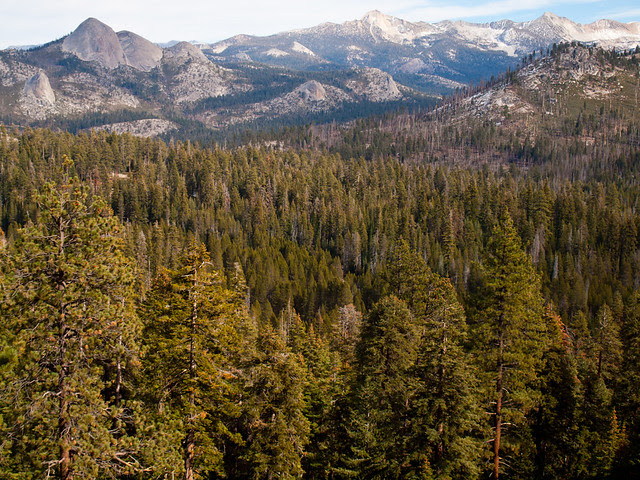 There are some hiking trails that I was interested in seeing. One was the hike to Taft Point. I thought it would be a nice and easy hike. It's only two miles round trip, and it doesn't have many steep hills to traverse. Which was true, but I forgot to take into consideration that I was hiking at a pretty high elevation. 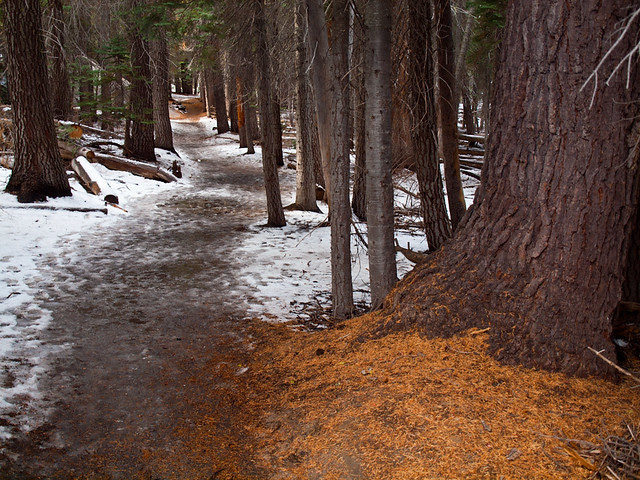 I'm used to Little Rock, which has an elevation of 335 feet. Taft Point, on the other hand, clocked in at around 7,500 feet. It didn't take long for me to lose my breath. But the hike was worth it, the view from Taft Point is amazing. 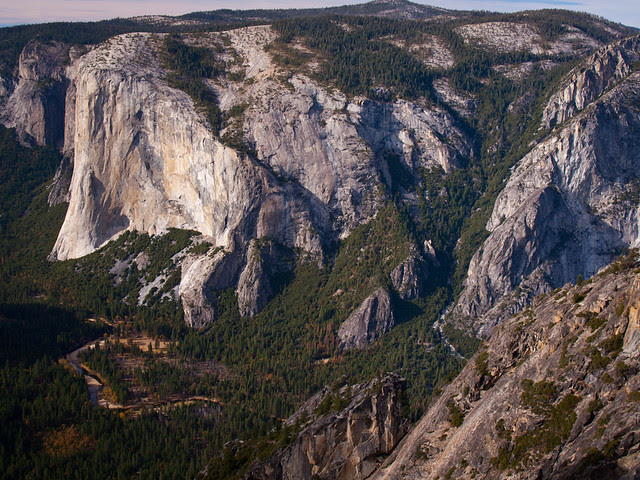 From there you are about 3,000 feet above the valley below. You also have good views of El Capitan and Yosemite Falls (which weren't running). It is not a good place to go if you're afraid of heights. 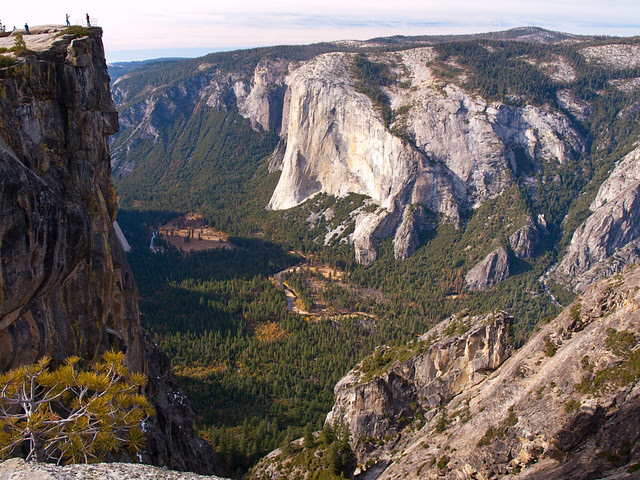 I inched close to the edge, but was nervous that my new wedding ring would slip off and fall down into the valley. 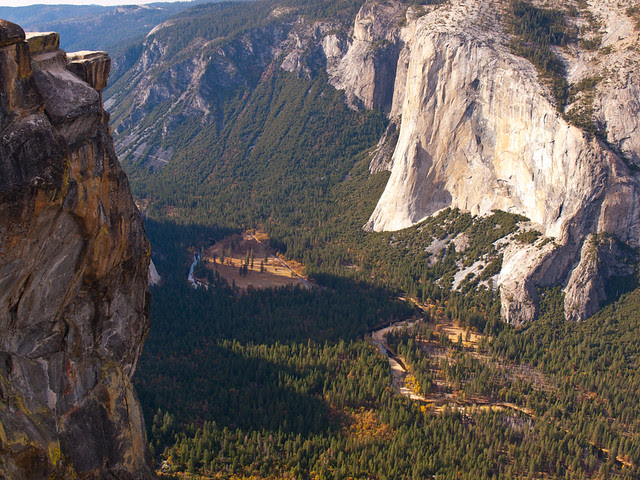 There were some people walking across ropes that were strung between the fissures in the rock, thousands of feet in the air. I thought it was safer to just slowly struggle on the hike back to the trail-head. 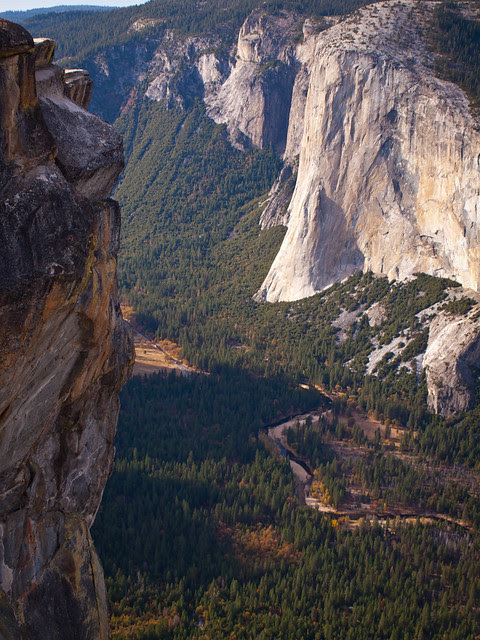 And from there, it was a drive further up the mountain towards Glacier Point. 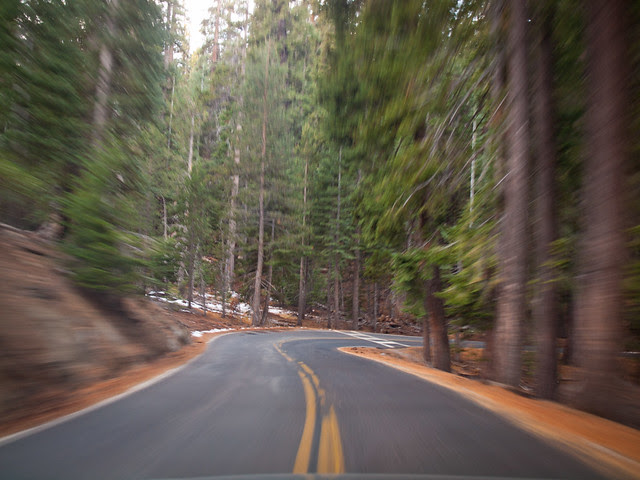 Glacier Point sits at an elevation of 7,214 feet (about 3,200 feet above the valley below). From here you have views of Yosemite Valley, including Half Dome, Yosemite Falls and Clouds Rest. 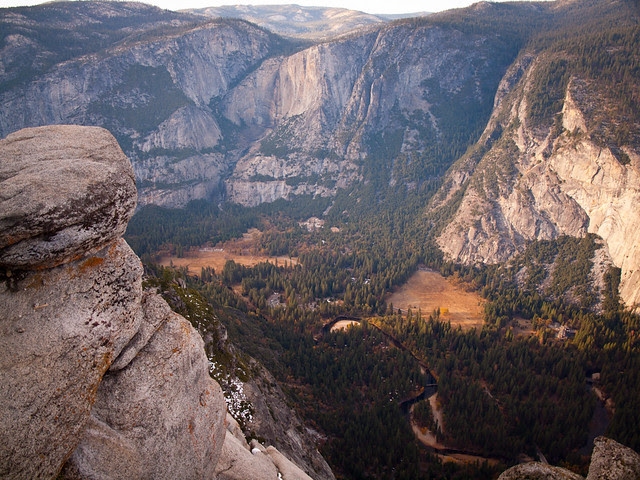 There was still a little bit of snow on the rocks... 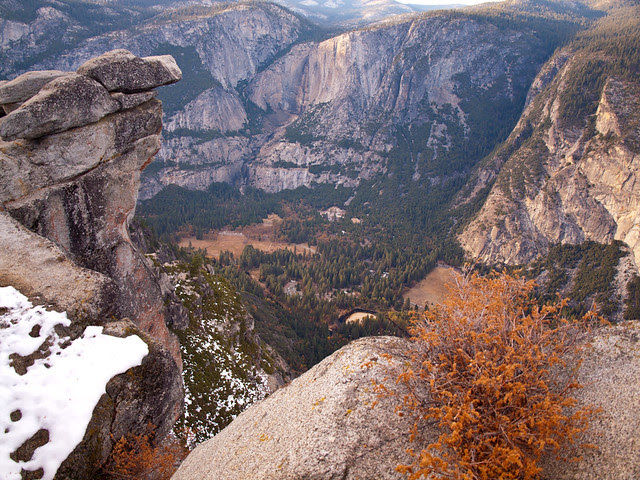 And Half Dome, while we were waiting for the sun to set... 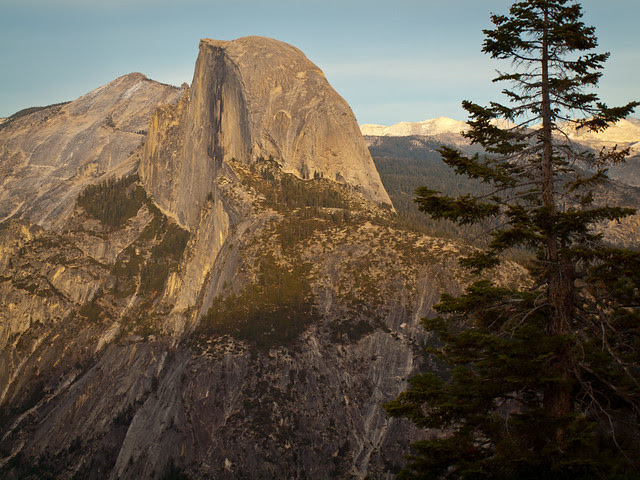 It's a popular viewpoint, especially with photographers. I had claimed a spot that I liked a bit before sunset, just to make sure I wouldn't have to have a tripod fight with another photographer. As it got closer to sunset, busloads of photographers appeared. I counted at least three photography classes going on, so most of the conversation on the Point consisted of questions about filters, focusing, and why a particular camera wasn't working. By the time the sun began setting, there must have been over a hundred people gathered around with cameras on tripods. 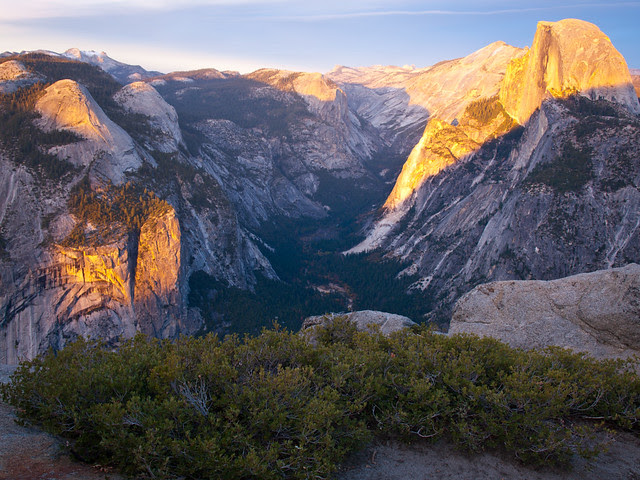 The crowd wasn't too bad, except when other photographers would stand directly in front of my camera in order to get a shot (the teacher of their class shooed them away). The sunset was amazing. The light streamed through the valley, bathing the mountains in light. 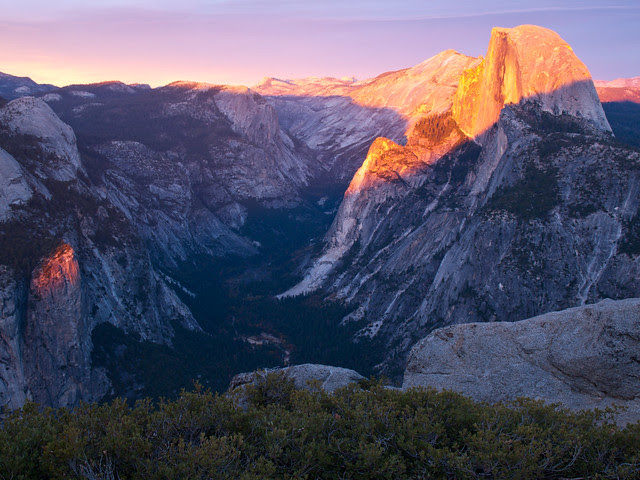 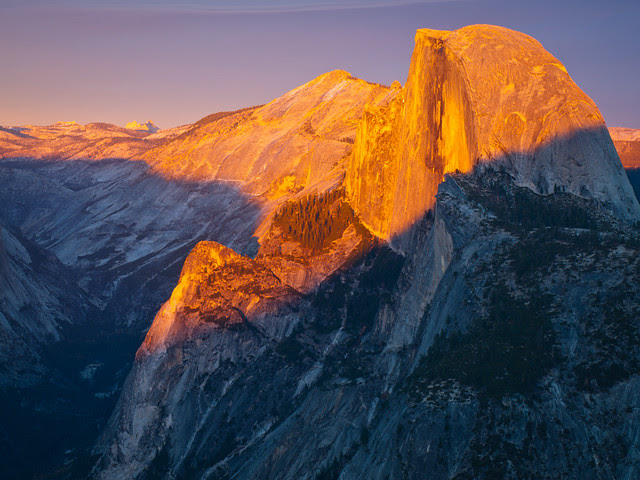 It was probably one of the most amazing sunsets that I've been lucky enough to point a camera at... 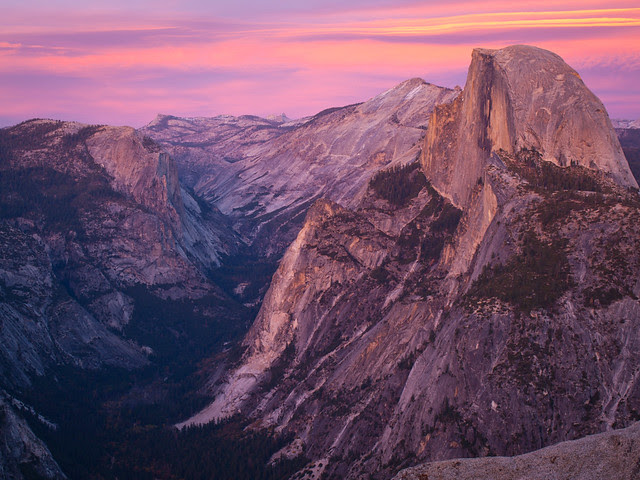 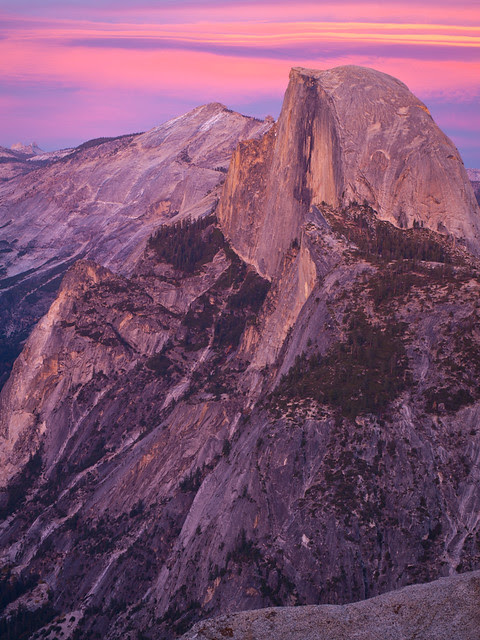 And one last shot from Yosemite, of dusk over Half Dome. 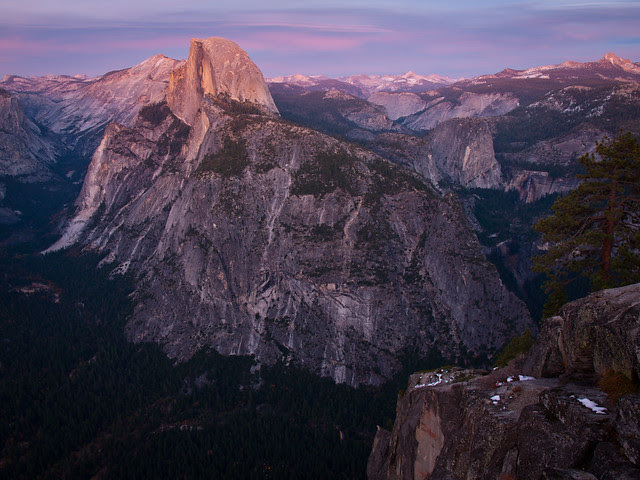 Posted by Cormackphotos at 9:36 PM