The next day, we left Yosemite and headed back to San Francisco. We got back into town in the late afternoon, and went to see Fort Point. The fort was built to protect the city during the Civil War, and now sits directly below the southern approach to the Golden Gate Bridge. It is now a National Historic Site, and provides some neat views. There aren't very many places around where you have an old 19th century fort with a giant bridge looming above it. 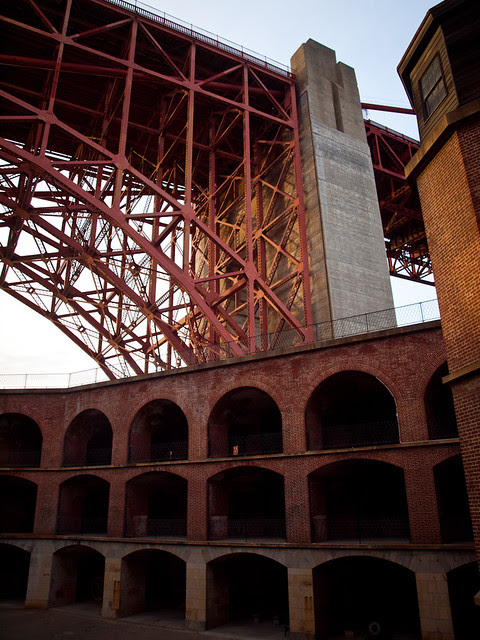 The fort, with the bridge towering above it, gives it a timeless feel. The first fort built in this spot was constructed by Spain in the 1790s. When the US eventually gained control over the bay, the government decided to built a few fortifications around what is now San Francisco. One of those was Fort Point. 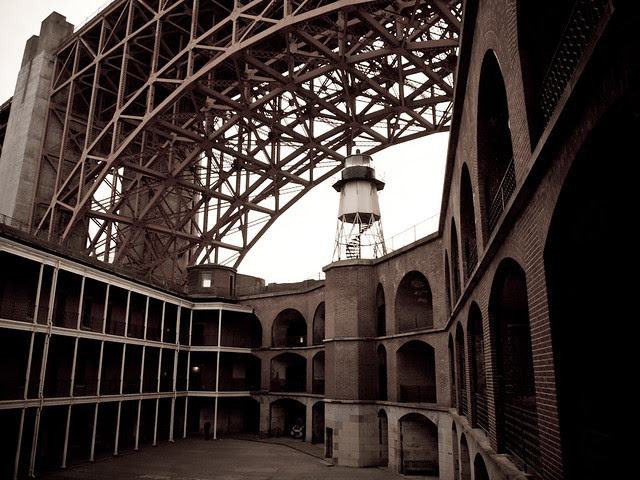 The fort never saw any action during the Civil War, and was soon replaced by more modern ways of defending the city and the Bay. The army still used the fort for storage, barracks and training. It was nearly torn down during the construction of the Golden Gate Bridge, but the plans were altered in order to save the fort. 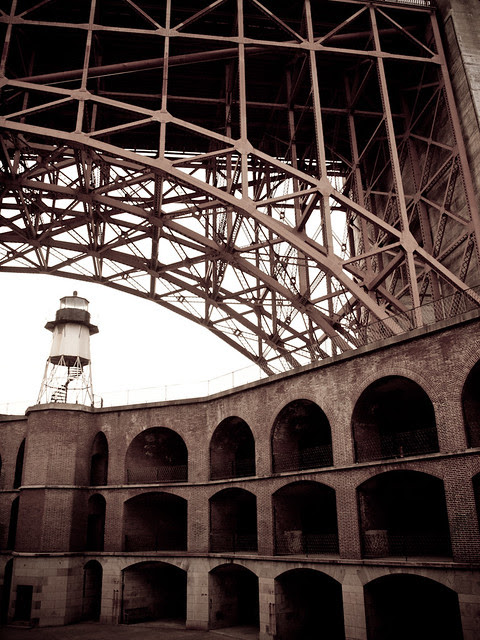 Just outside the fort, there were several people trying to surf. The water looked a little too cold... 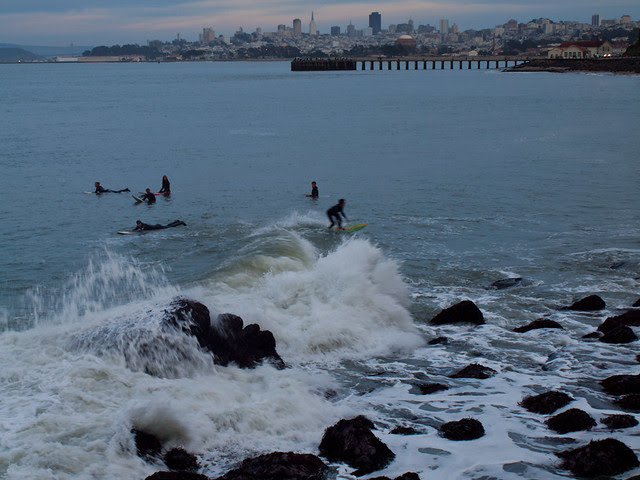 And one of the rusty old chains, along the fence. The fort is sitting on the left, below the bridge. 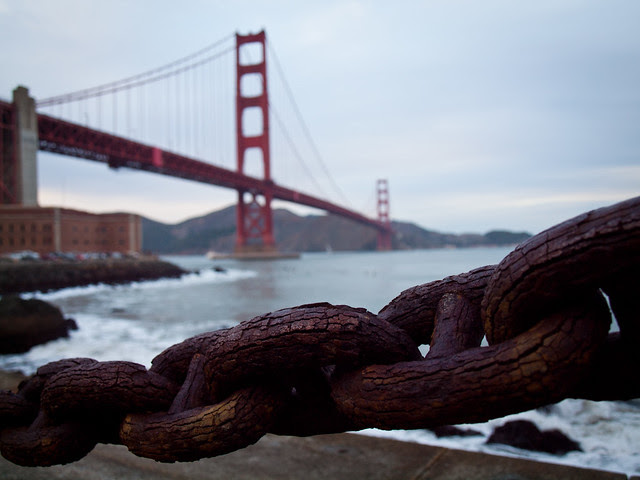 This was our last night in San Francisco, the next day we flew back home (without any travel problems). So here is the last shot from the honeymoon trip. This was taken at dusk, as the waves crashed along the rocks in the foreground. 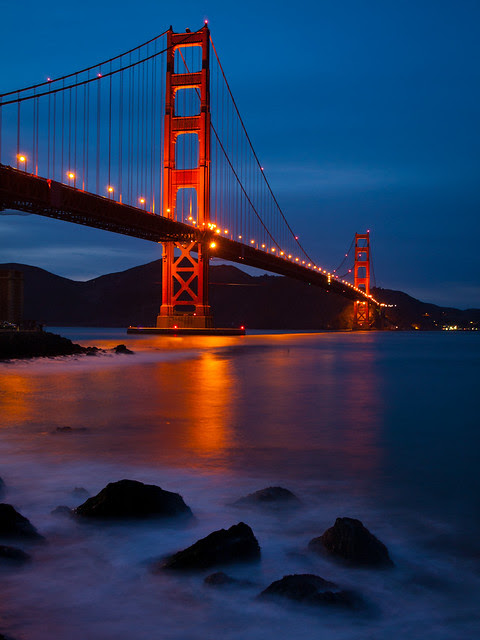 Posted by Cormackphotos at 11:07 PM