Towards the end of the day we were finally able to make a stop at the mighty and majestic Multnomah Falls. There are over 90 waterfalls just on the Oregon side of the Columbia River Gorge, and Multnomah ranks as the tallest and most popular. It also easily ranks as one of the most iconic waterfalls in the country. If you do a google image search for waterfalls, chances are you'll find several pictures of Multnomah Falls in the search results. 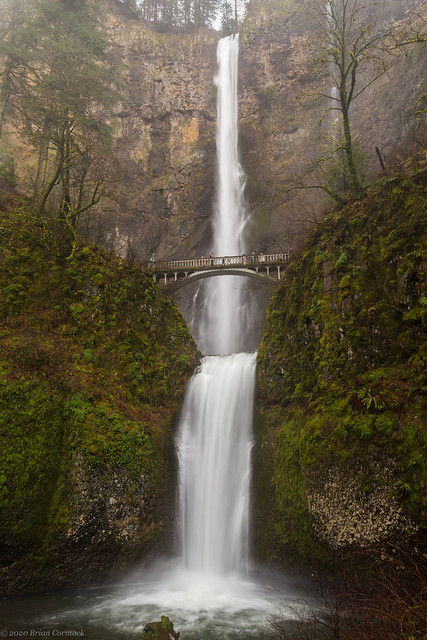 The falls drop in two steps. The upper falls plunge 542 feet, and the lower falls drop 69 feet (with a 9 foot elevation drop between them), creating a waterfall that is 620 feet tall total. Multnomah is the tallest waterfall in Oregon, and is credited as being the second-tallest year-round waterfall in the US. It creates a pretty stunning view to see in person. 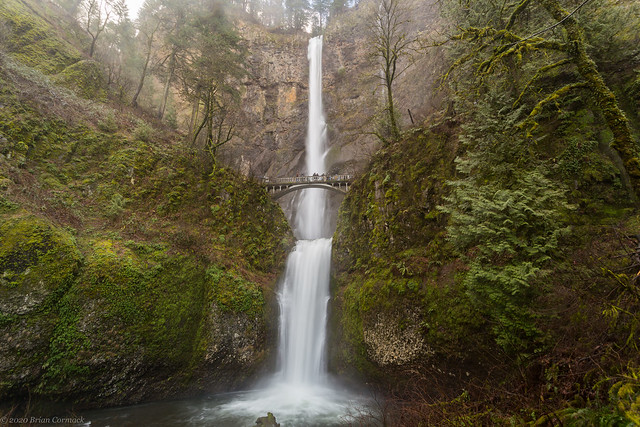 A picturesque stone bridge crossing between the falls was constructed in 1915. On our last visit here in 2014, the bridge was temporarily closed after a falling boulder smashed through part of the bridge. 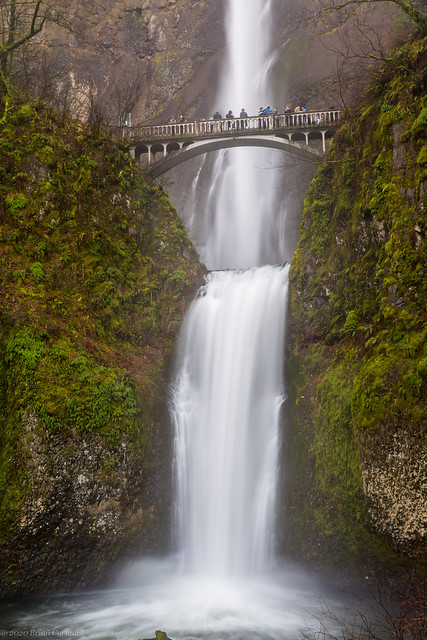 Since it is such a beautiful spot, it's no surprise that this is an insanely popular place. Over 2.5 million people visit the falls every year, making it the most-visited natural recreation area in the Pacific Northwest. It was pretty crowded when we were there, but I joined the masses and made the short but steep walk up the hill to the bridge between the falls. This is the view looking back down at the base of the falls. 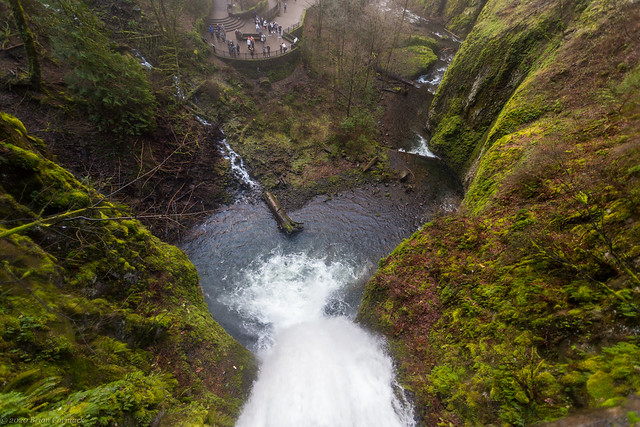 And the view looking at the upper falls, as mist and spray coated the camera with water. 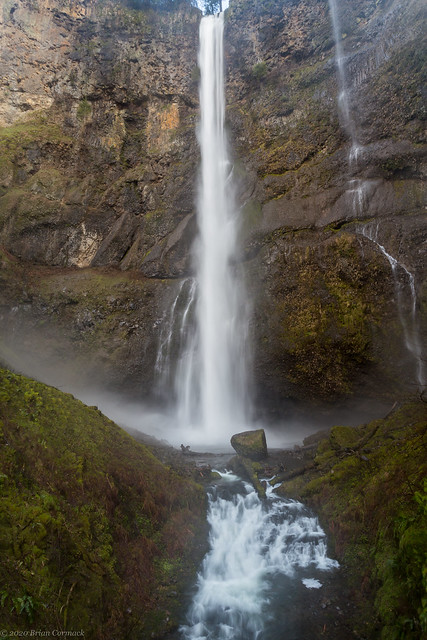 Near the base of the falls is the Multnomah Falls Lodge, which was built in 1925. The lodge and the the falls just barely escaped the flames of the massive Eagle Creek wildfire. 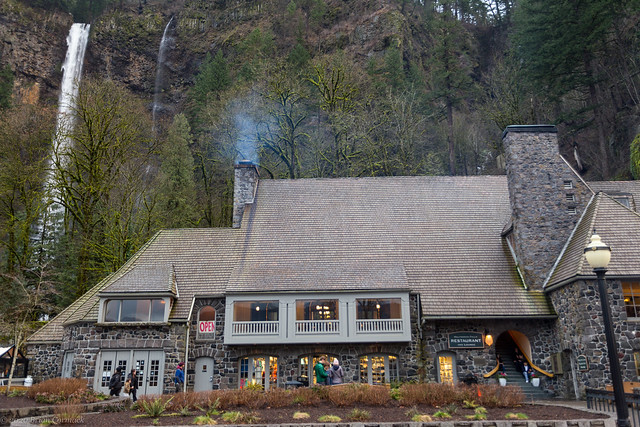 Posted by Cormackphotos at 10:22 PM