A Dark and Foggy Night

Conditions for photography have improved now that it is finally Autumn (primarily being fewer mosquitoes). There was one night last week when it was rainy and foggy, so after putting Jonah to bed I hurried downtown to attempt getting a few pictures. The first stop was Riverfront Park in North Little Rock, where the thick fog did a good job of hiding most of the downtown skyline. 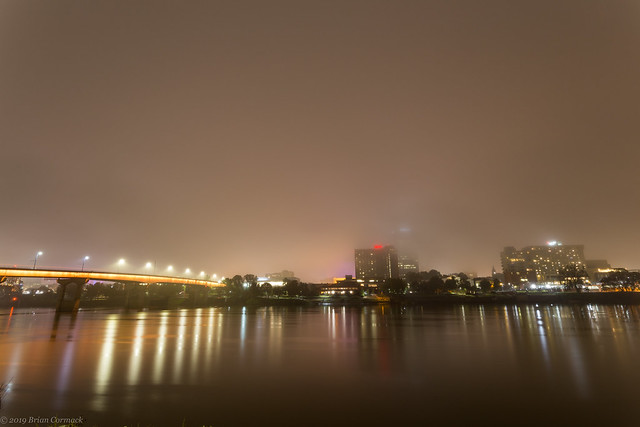 The low clouds were reflecting the city lights, which seemed to match the soft gold lights on the bridges. 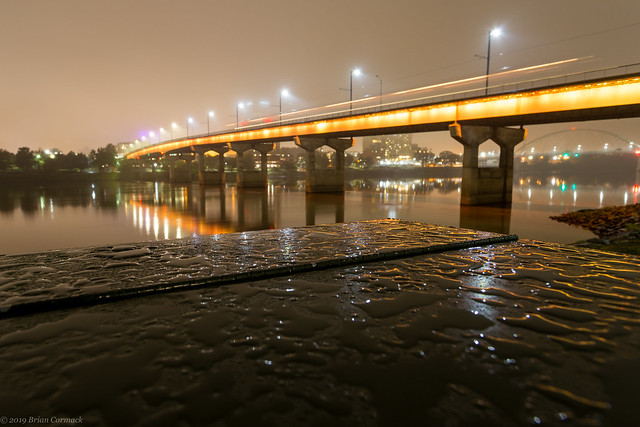 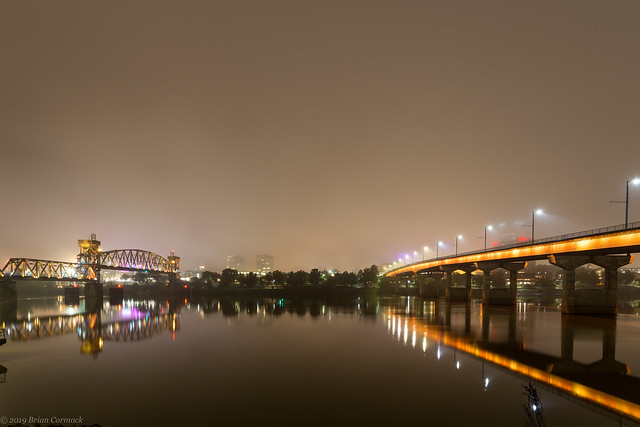 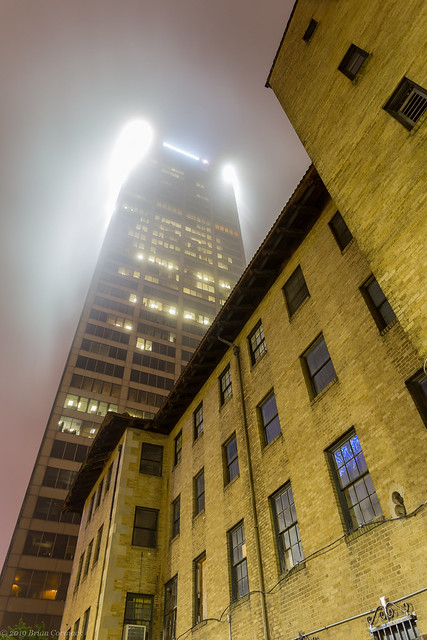 A few blocks away, the bright LED lights on the Union Bank Building were giving the fog a purple tint. 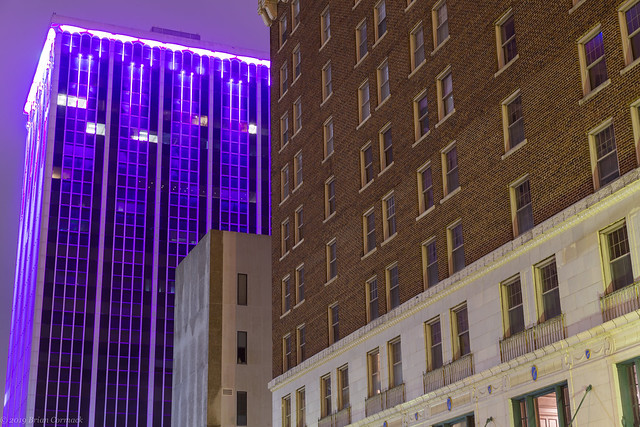 I headed a few blocks over to the top of a parking deck, which provided another view of the fog-shrouded Simmons Tower. 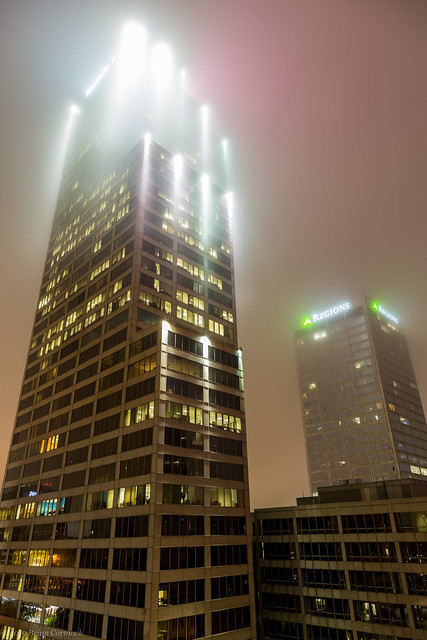 And one last shot, looking towards the northeast as the fog was beginning to lift. 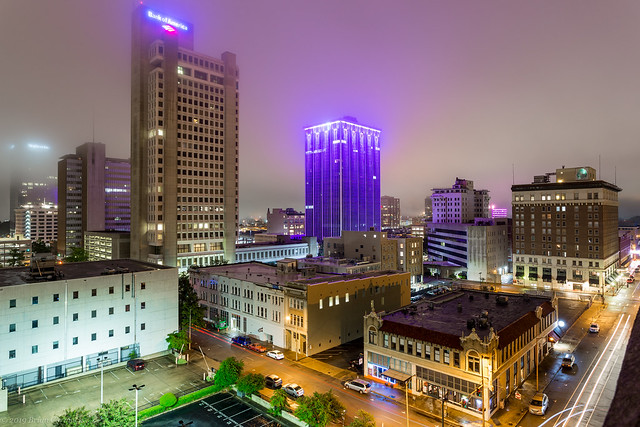 Posted by Cormackphotos at 9:42 PM