From Brushy Creek, we headed to explore another spot in the Ozark National Forest that very few people have probably visited or photographed. This hollow is located just east of Highway 7, near Mocassin Gap. We parked the car along a dirt road, and tried to find a good spot to access the creek.

Even from the top of the hill you could tell that the creek was promising. From above, you could hear a loud racket and commotion coming from the creek. Which could only mean one thing - waterfalls. So we started heading down the hill, which was not easy. This hill was typical of the Ozarks - lots of sharp rocks sticking out of the ground, with a good deal of debris from the 2009 ice storm haphazardly laying around. And on top of this, sitting like frosting on a cake, was a thick layer of poison ivy.

The hillside was very steep, and I was already dreading the hike back up the hill. But we made it to the creek, and immediately found a waterfall. 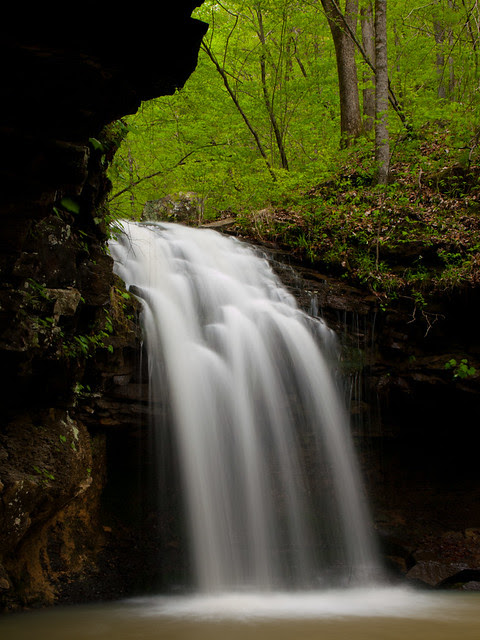 This waterfall is unnamed, and one of the names suggested for it was Lucky Falls. Lucky, being that we were lucky to survive the climb in and out of the hollow. And I might add, also lucky to have not left behind a wallet, car keys, or cell phone down there. And then, also lucky that no one suffered any ill effects from the sea of poison ivy that we waded through.

Instead of trudging back up the hill, we decided to explore more of the creek. The ground above the creek was still very steep, and covered with fallen trees. It was actually much easier to just walk through the creek. So we headed downstream, even walking down this natural water slide. 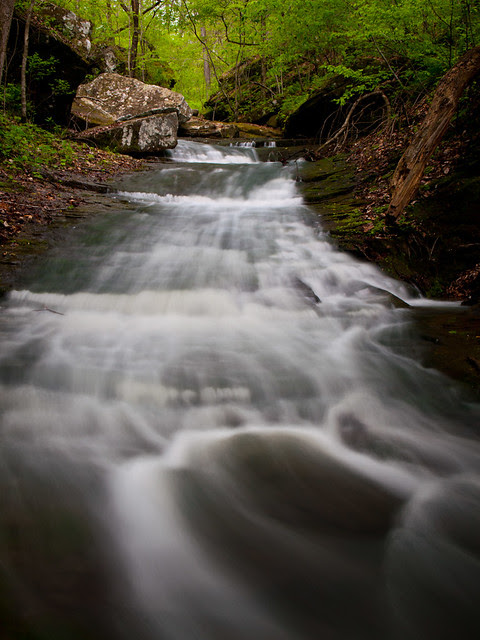 Which, surprisingly, wasn't slick at all. The only time I slipped around there was when I was safely at the bottom of the falls. 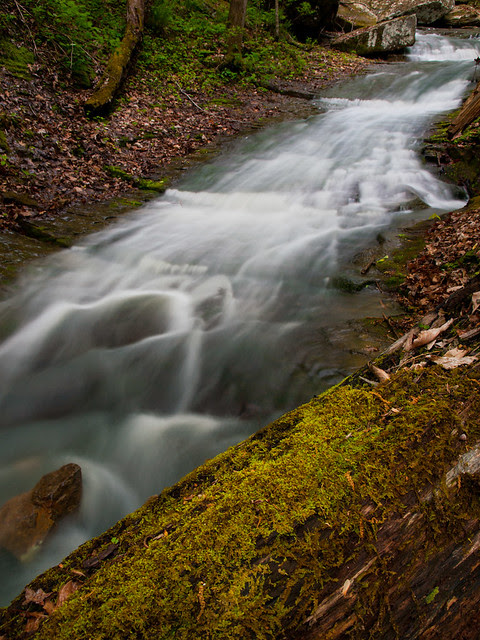 We headed further down and found another good waterfall: 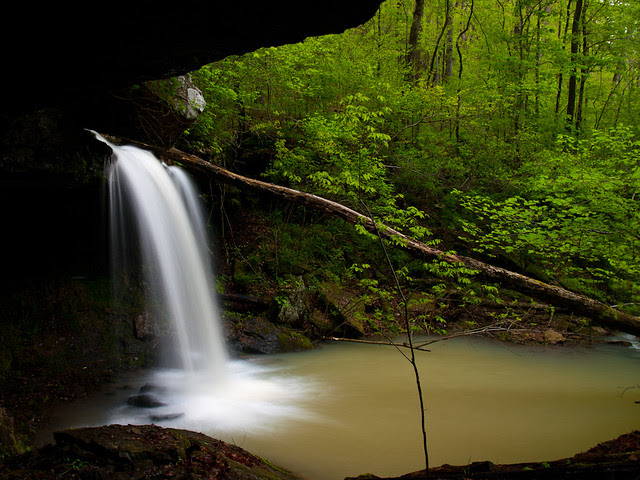 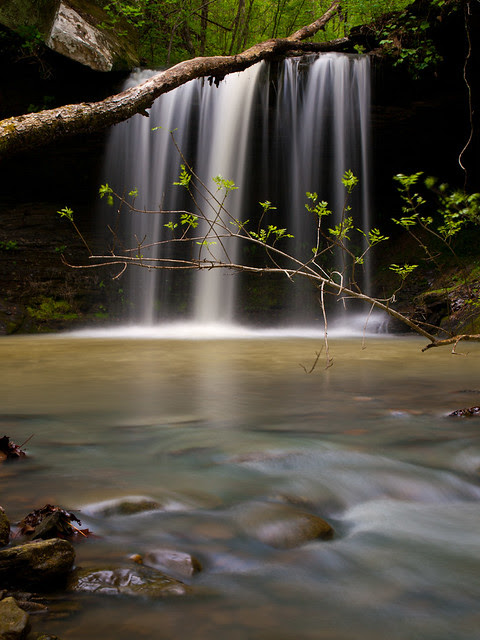 From there we explored a bit more of the creek, finding a few more smaller waterfalls: 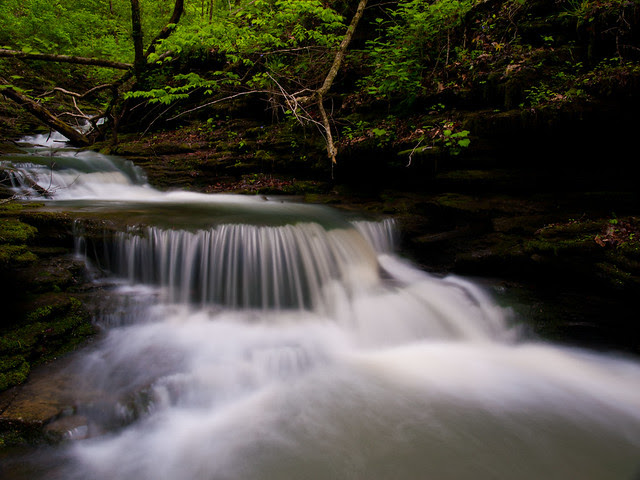 We had put off the inevitable long enough, and it was time to trek back up the hill. The hope was that we would have found a spot to head uphill that wasn't quite as steep. But that never happened, so we slowly slogged up the hillside. I'm not exaggerating in saying that it was one of the most difficult hikes I've ever tried to do. By the time we reached the top of the hill, my legs and knees were already sore.

There was a welcome prospect of having a warm campfire waiting for us, however. We were meeting up with a great group of photographers at the Fairview Campground. We got there before dark, and were greeted with strong winds and cold temperatures. Fairview sits atop a mountain, so the winds are always much stronger there. The temperature dipped down in the upper 30s overnight as high winds buffetted the campground.

I went to another photographer gathering last year at Fairview. It was on that trip that I lost a pair of hiking boots to the campfire. I had set them by the fire in an attempt to dry them out, but a log from the fire rolled out and just happened to land right on top of my shoes.

At the gathering this year, everyone was huddled around the same campfire trying to keep warm. The wind was so strong that you actually had to stand pretty close to the fire to really feel any heat. So it should come as no surprise that the fire again claimed another one of my shoes. An ember escaped the fire and managed to land right on top of my shoe - while I was wearing it. I dumbly didn't even notice that it was slowly burning a nice hole in the top of the shoe.
Posted by Cormackphotos at 9:15 PM