We had some heavy rains recently, which meant some good conditions for getting out to see some waterfalls. Since I'm off work, I actually had time to get out. But since that time off is supposed to be spent caring for a newborn baby, I only had a few hours to spare. So I decided to go out to Petit Jean Mountain, which is fairly close by and is a dependable location for waterfall viewing.

I left in the afternoon, and headed to the park. I decided to do the hike to Cedar Falls, which at 95 feet is one of the crown jewels of Arkansas waterfalls. Cedar Creek, which runs across the mountain and forms Cedar Falls, was running a little high after the rains (but definitely not as high as the last time I was there). It was raining when I started the hike, and I had to awkwardly cover the camera with an umbrella when I tried to get pictures. This was taken along the beginning of the hike, when the trail runs downhill next to a small stream. 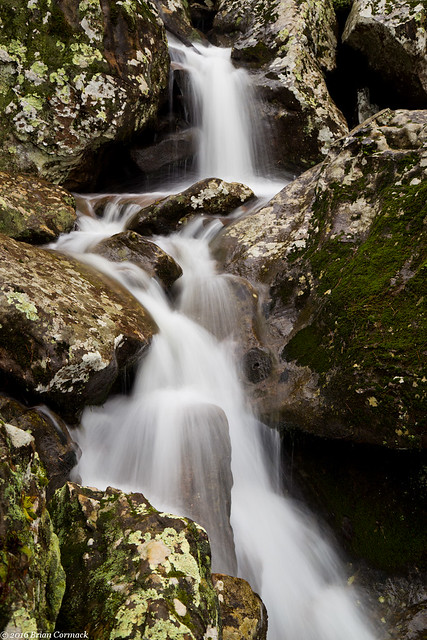 The trail then soon follows along Cedar Creek, which rushes past large rocks and boulders. 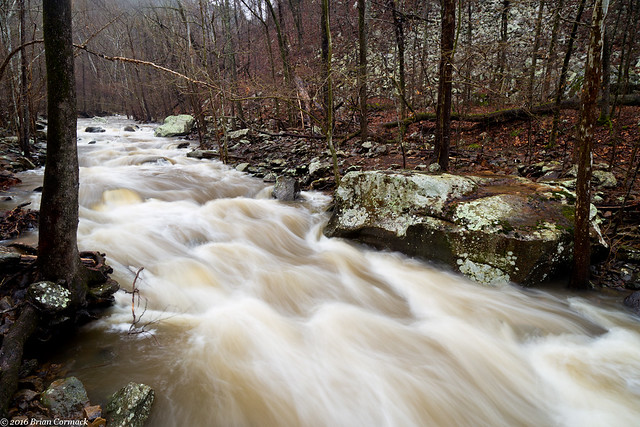 The trail ends at Cedar Falls. The waterfall is 95 feet, and while it isn't the tallest waterfall in the state it is probably the most powerful. The roar of the falls echoes off the canyon walls, as mist drifts down and soaks everything along the creek. 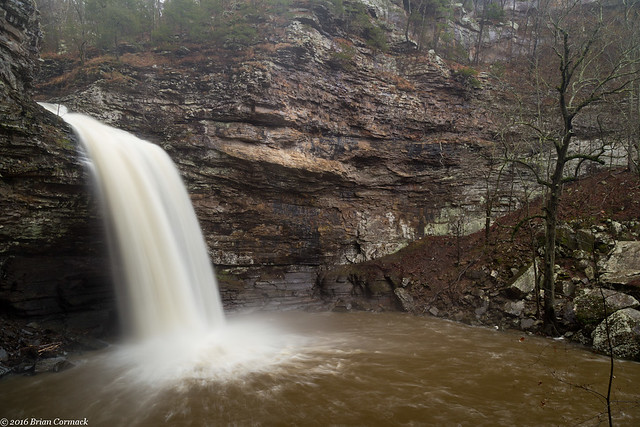 This was a good place to set up for pictures since the overhanging canyon walls provided a dry spot from the rain. 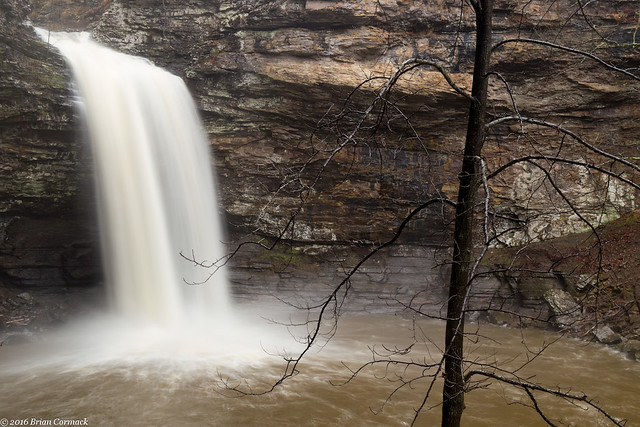 Here is a panoramic shot of the falls, this is actually three photos stitched together. It does a better job of showing how large the pool is at the base of the falls and the tall canyon walls.

It was starting to get dark so I needed to start heading back, but I stopped for one last shot of the falls. I was standing on a rock in the creek to get this, with water from the creek rushing across and splashing over my hiking shoes. 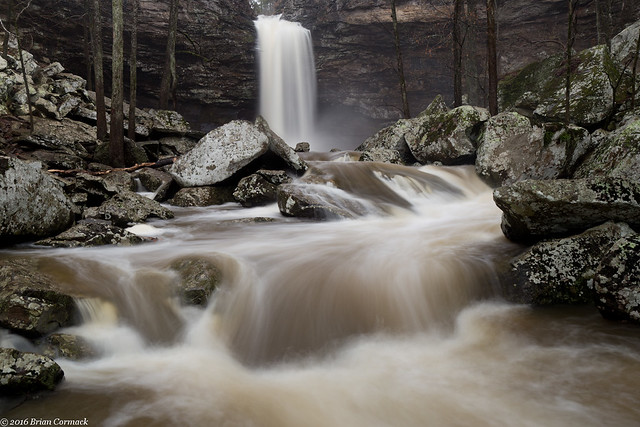 Since my work has such a generous paternal leave policy, I've been at home since the baby was born. While I didn't miss having to change diapers, I did miss the time away from the little guy so I was happy to start driving home to see him again. Here is a quick picture from a recent photo shoot we did with him in honor of his being one month old. 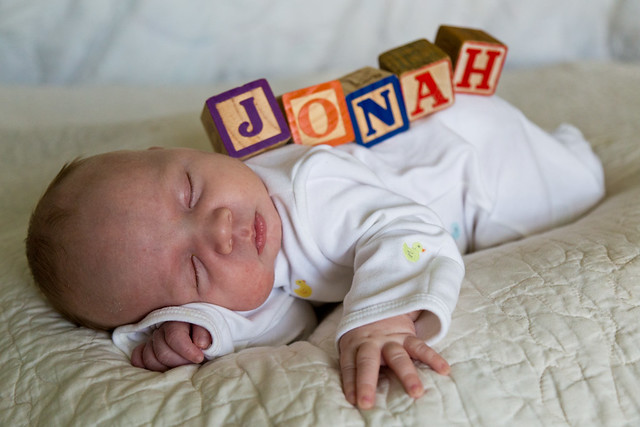 Posted by Cormackphotos at 12:38 AM

You capture Arkansas so beautifully! Your son is precious!